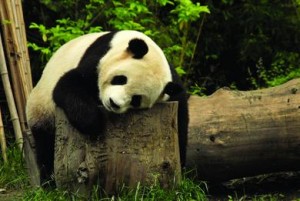 With a population of 1.3 billion and a GDP that has pushed China above Germany as the third largest economy in the world, the Chinese venture capital industry is disproportionately small.

Its lack of size has not prevented it from being buffeted by the same forces as the larger VC markets however. Zero2IPO Group, a provider of venture capital and private equity data for the Chinese market, reported that the volume of venture deal flow fell from 132 to 53 deals between Q4 2008 and Q1 2009, with the total value falling US$820m to US$320m.

Whilst this drop is certainly dramatic, they are still very modest volumes and values. To put it in perspective, the UK – with a population one-fifth that of China – recorded 103 venture deals in Q1 2009 with a combined value of US$626m (where disclosed), according to corporate finance data providers Corpfin, a part of Experian.

The potential for venture capital in China is massive. On a basic level, the size of the Chinese population would mean that even a small market penetration would generate massive returns. Plus, China is a developing market, with a strong undercurrent of start-ups, and as such can prove lucrative if you get in with the right company early on.

The human capital dynamics are also in China’s favour. Haico Ebbers is professor of International Economics at Nyenrode Business School. He says that in 2000, 15% of Chinese students studying abroad returned to China to gain employment, whereas by 2008 this figure had risen to 40%.

Not that China itself doesn’t offer an excellent standard of education. Tsingua University is widely regarded as one of the leading technology institutions globally, contributing some 26,000 students to the estimated five million engineers produced from all Chinese Universities. And the stats bear this out: 43% (US$140m in value) of all venture deal flow for Q1 2009 was in the IT sector, according to Zero2IPO. Young entrepreneurs seem to be one of the driving forces behind deal flow.

Government economic policies, particularly in the energy and clean energy sectors are also a key source of deal flow, with the cleantech sector accounting for just shy of 20% (US$58m) of all venture deals in China in Q1 2009.

China also boasts a growing, affluent middle class, which bolsters domestic consumption, supporting Chinese businesses. Using the automotive industry as an example, in 2008 more than four million cars were manufactured and sold in China, providing a massive boost to an industry which, for the first time ever, surpassed the US in terms of output.

Perhaps the most attractive aspect of China’s business community is its relative resilience to the credit crisis compared with more developed nations. Craig Wilkinson, managing Director of LDC’s Hong Kong office, says: “Since China has to date has undertaken only modest lending, Chinese businesses are largely not reliant on debt, meaning the credit crunch has not had anywhere near the same impact as it has in the West.’

Haico Ebbers agrees: “The Chinese banking sector has not been hit as badly as in Western markets, with the period between summer 2008 and February 2009 recording month-on-month increases in the loans made to private companies.”

Despite the favourable economic climate and the range of opportunities, very few investors have successfully made inroads into the market. According to Zero2IPO, just nine Chinese and foreign VC institutions raised ten funds in Q1 2009, with US$889m of newly-added capital made available for investment in China.

However, this relatively small increase in funds under management should not detract from the fact that there are huge capital reserves waiting to be deployed in the Chinese market. According to the Asian Venture Capital Association, China’s total fund pool stands at just over US$38bn. So why is this capital not being invested?

One simple reason may be the decline in returns. Between 2007 and 2008, China saw an 80.8% fall in the value of IPO listings, sliding from US$57.5bn to US$11bn. Although it should be noted the majority of the biggest IPOs in 2008 were flotations of Chinese companies, the value of returns was nonetheless severely depleted. The long-anticipated launch of the ‘Chinese NASDAQ’ this summer – which is expected to attract 300 companies at launch – could go a long way to repairing this damage.

There are other aspects of the Chinese market that carry big question marks, one of the most notable being the recent decline of its export industry as a result of the decline of foreign purchasing power. According to trade figures for February 2009, exports dropped by 25.7% to US$64.9bn compared with the same month the previous year.

Questions can also be raised as to the suitability of the venture capital business model in a Communist republic, where businesses are state-owned and the extraction of profit from enterprise is not encouraged by the Government.

Roy Gaff is a director of independent business consultancy, China Business Services. “Although the Chinese Government is actively encouraging start-up businesses, venture capital will always be difficult to execute in a country where the government has such a close control over the flows of capital.”

The Government has not been slow to appreciate the advantages of venture capital. Bruno Raschle, founder and managing director of Adveq, a global fund-of-funds manager, says: “Twenty years ago, Chinese policy makers decided to employ venture capital as a tool to spearhead economic growth in the country. Today, government agencies play a big role in venture investment, R&D, financial incentives and the IPO process. It is for this reason that government-related organisations account for somewhere between 25% and 50% of all venture capital in China.”

Although local and government-driven venture capital is thriving, it is not so easy for outsiders to enter the market. Graff says: “Chinese entrepreneurs are mainly only interested in money from familiar sources, and as a result it is a tough market for foreign investors.”

And if Chinese companies were open to foreign venture capitalists, the investors themselves may have a hard time finding suitable opportunities, continues Graff. “Entrepreneurs have no real understanding of how to present information about their companies to interested parties. Furthermore, because the market is undeveloped, there is limited transparency, which can be off-putting for potential investors.”

LDC’s Craig Wilkinson sees a different dynamic. “At the moment the majority of active investors are Chinese, because it is essential to have a good understanding of the local market in order to be able to do business there. Having said that, Western investors are increasingly welcomed in China because of their understanding of venture capital. What they lack in local knowledge they more than compensate for with experience of the venture capital industry.”

To some extent, however, the lack of deal flow in China is no different from that experienced in other markets. Just as price expectations between buyer and seller remain a significant block on Western activity, the same is affecting the Chinese market.

And at the heart of the matter, the problem may not lie at the feet of China after all. Linda Cai, head of the Beijing office of the fund-of-funds Partners Group, says: “In view of the global credit issues, no Western LPs have the money to commit to emerging market funds. The lack of investment in China is largely not the fault of China itself, but is a consequence of the global liquidity issues.”

There are, however, indications the Chinese market could be on the path to fulfilling its potential as a venture capital market. For starters, regulations are being overhauled, which will make it easier for LPs to invest in local funds. Cai welcomes this move: There is a good institutional appetite for Chinese venture capital, and it won’t be long before foreign direct investors take the plunge.”

Cai also believes venture capital is well placed to exploit the capital constraints an economic downturn is placing on home-grown businesses. “Companies that rely on domestic consumption are now showing growth exceeding expectations, but some companies are having to be educated by VCs and GPs on how to prepare their finances. Now is a time when companies experiencing negative growth are cutting back on product lines and employing operating partners, and this is where venture capitalists can play a pivotal part. They will have to roll up their sleeves and get their hands dirty.”