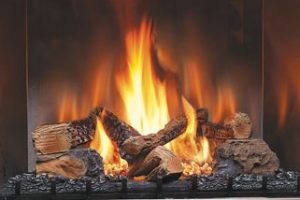 Private equity fundraising in 2019 was “hotter ‘n blue blazes,” as the old Southern saying goes, with new tech offerings providing much of the sizzle.

Technology was a theme across the fundraising spectrum. It took in mega-funds sponsored by North America’s biggest PE firms, which last year captured an especially large share of the cash.

Look no farther than the top 10 fundraisers, several of which were exclusively tech focused. They included Vista Equity Partners’ seventh software, data and tech flagship, which closed on $16 billion, as well as Thoma Bravo’s 13th enterprise software fund, which wrapped up at $12.6 billion.

Other PE shops, some with long histories of tech investing, unveiled new dedicated pools. Advent International was one of them, last year launching a $2 billion fund co-led by a former TPG executive to invest in global software, data and tech-enabled services.

Bain Capital also expanded, introducing a North American mid-market vehicle to explore five tech verticals. Led by one of Bain’s veteran tech investors, along with senior recruits from Goldman Sachs and TCV, the fund has a $1.1 billion target.

Technology was also a theme among emerging managers in 2019. Sponsors with first-time offerings included Crest Rock Partners, formed by two ex-Marlin Equity Partners principals to invest in mid-market software and tech. The firm’s inaugural pool is set to raise $400 million.

In addition, OceanSound Partners, established by former TCV and Veritas Capital executives, is seeking $750 million for a debut fund. It is earmarked for mid-market opportunities in North American tech and tech-enabled service sectors.

Much of the impetus behind tech PE fundraising is coming from LPs. Canada Pension Plan Investment Board, the world’s biggest institutional investor in PE, is a good example as it recently ramped up exposure to global tech sectors.

CPPIB’s C$99 billion ($75 billion; €67 billion) program is rooted in partnerships with large and mid-cap buyout and growth managers in the Americas and Europe. Over the past five to six years, more tech PE firms were added to the roster, Delaney Brown, head of private equity funds, tells Buyouts. Among them were Accel-KKR, Insight Partners, Riverwood Capital, Siris Partners, Thoma Bravo and Vista.

CPPIB looks to funds to deliver outperformance and access to deal flow. More tech PE relationships have led to more direct investments and co-investments by the pension fund. In 2019 alone, it partnered in at least seven major tech deals, including Ultimate Software, Unity Technologies and Waystar.

The San Francisco location will house personnel responsible for deploying CPPIB’s new venture funds program as well as members of its direct and funds PE teams. In November, CPPIB appointed Ryan Selwood, head of direct private equity, as San Francisco’s interim senior lead. Austin Locke, a senior principal focused on direct tech PE investing, was also recently transferred to the office. Overall, North American PE firms secured more than $281 billion as of November 30, according to Buyouts data. This already surpasses by 15 percent the $244 billion raised in all of 2018.

2019 will mark a third year of straight-line growth in fundraising. Over the past decade, new capital flowing into the market, totaling nearly $2 trillion, has expanded in all years but one.

Altas Partners in November wrapped up its second fund at a hard-cap of $3 billion, triple the size of its 2016 predecessor. Led by Andrew Sheiner, a former Onex Corp executive, Altas makes long-term, control investments in hard-to-replicate businesses.

Aurora Capital Partners in mid-2019 collected $1.3 billion for its sixth mid-market fund, which is targeting $1.5 billion. The vehicle will invest in companies in industrial services and distribution, specialty manufacturing, and software and tech-enabled services.

As reported in November’s edition of Buyouts, Bain Capital is targeting $1 billion for a tech fund that will be led by one of the firm’s veteran investors and former Goldman Sachs and TCV executives. Unveiled this year, the fund is earmarked for mid-market control, minority growth and cross-platform investments.

Blackstone Group’s growth equity team is seeking up to $4 billion for its debut fund, it was reported in November. Led by ex-General Atlantic executive Jon Korngold, the team will invest in sectors like consumer tech, enterprise tech and consumer, financial services and healthcare.

Clearlake Capital Group in the fall was poised to raise $7 billion for its sixth flagship fund. The firm, which in invests in sectors like consumer, energy, industrials, software and tech-enabled services, last year closed Fund V at more than $3.6 billion.

Cortec, coming off a run of exits, wraps up Fund VII at $2.1bn

Cortec Group in November closed its seventh mid-market vehicle, securing $2.1 billion. The fund, the largest in Cortec’s 35-year history, will continue its strategy of investing in consumer, distribution, healthcare and specialty products and services sectors.

Leonard Green & Partners, a service industries investor, returned to the market in the spring with its eighth flagship and debut small-cap funds. It is seeking at least $9.6 billion for Fund VIII and $2 billion for the small-cap pool. Fundraising could tally over $12 billion.

Lexington Partners in October collected more than $11.7 billion for its ninth fund, just shy of a $12 billion target. The fund, expected to be the largest secondaries pool on record, already surpasses its 2015 predecessor, which raised $10.1 billion.

Madison Dearborn Partners in October launched an eighth fund with a $4.5 billion goal. The fund will focus on mid-market opportunities in business and government software and services, financial and transaction services, healthcare, and telecom, media and tech services.

Former Marlin Equity Partners executives Steve Johnson and Jeff Carnes formed their own shop to make investments in the software and tech sectors. The firm, Crest Rock Partners, is seeking $400 million for an inaugural fund, it was reported in September.

Newbury Partners is targeting $1.75 billion with a hard-cap of $2 billion for a fifth secondaries vehicle. The fund launched in November, more than a year after the $1.45 billion close of Fund IV, and specializes in small and mid-sized transactions.

Oak Hill Capital, which closed its fourth fund in 2017, early in 2019 raised $2 billion for its next mid-market pool. The firm, which invests in sectors like consumer, industrials, media and communications, retail and distribution, and services, is seeking $3 billion.

Odyssey Investment Partners is targeting $3 billion for its sixth fund, it was reported in October, focused on investments in mid-market business services and industrials companies. The firm was formed by a team that previously worked at Odyssey Partners.

One Equity Partners, spun out of JPMorgan, wrapped up a second flagship mid-market fund in October, collecting $1.75 billion. The firm makes control investments in companies in healthcare, industrials and related services, and tech and tech services.

Orangewood Partners in October raised $100 million-plus in the first close of a second long-term, mid-market fund. The firm is led by Alan Goldfarb, who was previously with Carlyle Group and Senator Investment Group.

Parthenon Capital, an investor in financial, business and tech services, and healthcare, launched a sixth fund in the fall, setting a $1.5 billion goal. If successful, the vehicle would surpass Fund V, which closed in 2016 at a $1 billion hard-cap.

Searchlight Capital Partners early in 2019 set a target of $2.75 billion and a hard-cap of $3.25 billion for a third flagship fund. If it reaches the hard-cap, the vehicle will be about 70 larger than Searchlight’s sophomore pool, which closed in 2015 at $1.9 billion-plus.

Tailwater Capital this year raised more than $800 million toward a $1 billion target for Fund VI. The fund, which has a hard-cap of $1.1 billion, will maintain the firm’s strategy of investing in lower mid-market midstream energy companies.

Technology Crossover Ventures has a fresh pool of $3 billion for what it sees as an opportunity to buy into tech-enabled consumer and business and enterprise tech companies. Its10th fund closed early in 2019 at its hard-cap, exceeding a $2.5 billion target.

TPG Capital raised $14.2 billion for an eighth flagship fund and a new vehicle focused on healthcare investing. Fund VIII closed late this year at $11.5 billion, ahead of an $11 billion target, while the healthcare pool wrapped up at $2.7 billion, exceeding a $2.5 billion target.

Former executives from Veritas Capital and TCV teamed up to launch a mid-market fund to invest in tech and tech-enabled service companies, it was reported in November. The firm, OceanSound Partners, is targeting $750 million for its debut raise.

Vista Equity Partners in the fall set a target of $3.25 billion for a fourth mid-market software and tech fund, which could secure up to $4.5 billion once it closes. The firm also in 2019 collected $700 million toward at $2 billion goal for a third credit fund.

Correction: An earlier version of this article used an outdated fundraising number for Advent’s tech fund. The fund closed on $2 billion last year. The article has been updated.