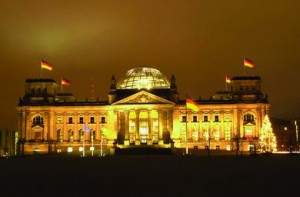 The UBGG first came into force in 1986 and has been amended several times since. Its objective was to foster and improve the equity base of German medium-sized enterprises by making investments attractive for investors. This legislation has always been and is still considered inadequate. The idea was to introduce a new type of company (UBG) which was basically designed to invest in medium-sized companies only under strict statutory provisions and was attractive to investors as it was granted certain tax benefits. The UBG is not a formal corporate form like a limited liability company (GmbH) or a stock corporation (AG) but a separate qualification of such companies. Back in 1986, a UBG was also required to be incorporated as a listed stock corporation – one of the initial requirements that has been waived since 1986.

The basic principles of the UBGG

In order to benefit from tax advantages, the UBG has to be formally acknowledged by a competent authority.UBGG provides that a UBG’s objective is set forth in its articles and must be used for the acquisition, holding, administration and disposal of venture capital participations (Wagniskapitalbeteiligungen), which are defined as participations in AGs, GmbHs and limited liability partnerships (KGs) and participations in the form of silent partnerships (Stille Beteiligungen).

It has been proposed to amend UBGG as to include other forms of incorporation, such as, commercial partnerships (OffeneHandelsgesellschaft, oHG), partnerships (Gesellschaft bürgerlichenRechts, GbR), as well as companies incorporated under the laws of another state, provided that their corporate form is comparable to German company forms. Other than the company objectives mentioned above, a UBG may only conduct transactions which are somehow connected to its participation in another entity, such as the grant of loans to such an entity, the taking of loans from third parties, the investment of funds with financial institutions, or the issuance of bonds or profit certificates. It has been proposed to amend the latter threshold to €500m as company sizes have been increasing rapidly since 1998.

An open UBG, which is a UBG that is not embedded into a corporate group, may not acquire participations in an entity that exceeds 49% of the respective entity’s voting rights. If such an entity is not listed, this threshold may be exceeded once provided that the participation is cut down to the allowed thresholdwithin eight years from the date of infraction. There has been some discussion as to whether the term “once” referred to each portfolio investment entity or to the entire portfolio. It has therefore been proposed to clarify that the allowance refers to each of the portfolio investments of a UBG.

An embedded UBG, in contrast to the open UBG, may only invest in entities whose management composes at least one person who holds at least 10% of the voting rights of such an entity. In order to mirror adequately the different forms of investment by such a member of the management, it has been proposed to clarify that a member’s participation does not necessarily have to be a direct one but that an indirect participation through another vehicle is sufficient; furthermore, it was added that this requirement is obsolete if the UBG’s participation takes place in the form of a silent partnership or a profit participation right (Genussrecht).

A UBG may only hold participations for more than 12 years, if the aggregate book value of all such “long” participations does not exceed 30% of its balance sheet total. It has been proposed to increase said period to 15 years in order to provide more flexibility to early-stage, expansion, and succession financing.

An open UBG must cease to be a “subsidiary” five years after its formal recognition by the competent authority. After this period no shareholder may hold more than 40% of its shares. At present, the failure to comply with this requirement has no immediate effects other than that the voting rights exceeding such threshold must not be exercised. As this penalty has been considered insufficient, it has now been proposed that such failure give the competent authority the right to completely revoke the recognition of an entity as a UBG.

As far as the German rules on “equity-replacing loans” are concerned, UBGs are privileged in comparison to other AGs or GmbHs: loans granted by a shareholder of the UBG to one of its portfolio investments shall not fall under the regulations of the equity-replacing loans. It has been proposed to also include loans granted from the shareholder to the UBG itself into such an exemption.

Commentators generally appreciate the effort to reform the UBGG. However, the proposals are not far enough reaching. For example, the term “venture capital participations” was deemed too narrow as several forms of mezzanine financings would not be covered by the definition. The differentiation between “open” and “embedded” UBGs did not make sense as the initial motivation, eg the avoidance of abuse of the tax benefits offered to UBGs by using holding structures, is not a factor anymore according to subsequent amendments to German tax laws.

The tax treatment of UBGs is still considered the most important reason that UBGs, despite being used by provident banks’ and investment subsidiaries from time to time, are hardly ever used by other private equity investors. The UBG, regardless of whether organized as a corporationor a partnership, still lacks fiscal transparency, for example, the use of UBG as an investment vehicle is not neutral taxwise but may result in additional taxes for the UBG itself. Furthermore, the UBG is not entitled to input tax deduction which further lowers the UBGs results. As regards potential changes to the tax environment have yet to be discussed in connection with a potential revision of the UBGG.