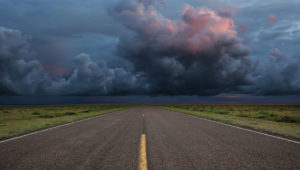 A placement agent recently told me that “this is the worst fundraising market I’ve seen since the great financial crisis in 2008-09.”

This is a person who earlier this year had been cruising along with various fundraisings, still attracting capital even for relatively newer managers.

“LPs are overallocated and there’s too many funds in the market, therefore, they’re dropping fund managers,” the placement agent said.

And if they’re not outright skipping the next fund, they’re cutting back their commitment size from the last funding round.

The other issue, of course, is that M&A has slowed as the financing markets have largely frozen, making it harder for many firms to exit companies. As distributions dry up, LPs have even less capital to use for commitments to new funds.

As a separate adviser told me recently: “LPs have no money.” That’s one way to put it. They have no money for new commitments and they’re also trying to free up capital to be able to re-up with managers they like and make sure they are meeting all obligations.

Yet, LP secondary sales are challenged for now, with buyers demanding big discounts to net asset value, mainly because GPs have yet to mark down their portfolios anywhere near what has been happening on the public side. (That will likely change come year end when the numbers are officially audited).

Until then, sales may be at a standstill. GP-led deals are a way for GPs to hold an asset beyond the terms of their traditional funds, while still delivering capital back to LPs.

Others are even turning to structures like preferred equity as a way to secure distributions for LPs prior to an exit that may be on the horizon, but delayed because of the market turmoil. Taking on fund-level debt to pay back LPs is the new raising a fund in three months.

As economic uncertainty persists, fundraising is expected to remain challenging into next year. A handful of well-performing firms will raise capital and everyone else is going to struggle for the crumbs; just like it was in those heady days of 2009 and 2010.

The numbers back up the sentiment, but if the anecdotal evidence proves out, the numbers will get worse.

Many LPs have been tapped out since Memorial Day (just like last year) and many have already earmarked commitments to firms they know are coming back in 2023, leaving them with little-to-nothing already over the next 12-14 months.

“Waiting until next year is not really solving the problem,” the adviser told me. “It’s not just the denominator effect, it’s the numerator effect: every GP is trying to raise more money and new products.”

Private equity fundraising, which has been running along so smoothly for a decade, has suddenly become a major problem for many GPs.