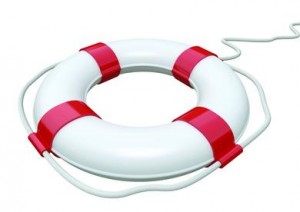 A fund raising environment as hellish as 2009 has been for venture capital has made public sector support even more important than it has been in years gone by. Historically, the relationship between the European VC industry and institutional investors and their advisors can at best be described as lukewarm, but at a time when even buyout funds – with their superior performance and perceived lower risk – are struggling to raise capital, venture capital’s future is looking precarious.

This is where state-support can step in, acting as a catalyst for private sector backing, but as Uli Grabenwarter, head of equity fund investments at the European Investment Fund (EIF) tells EVCJ, this is no panacea, and it will take a lot more effort to save the domestic venture capital industry from moving off the map, as the rise of Asia threatens to eclipse the European market.

Can you outline what the EIF does and how it supports the European venture capital industry?

EIF is a public-private partnership which aims to contribute to the building of an efficient risk-financing infrastructure for small and medium-sized businesses (SMEs) in Europe.

We implement this policy remit through market driven instruments, operating on fully commercial terms. Commercial objectives are a prerequisite for our business model if we want to be catalytic for the private sector to invest alongside us.

We are the biggest investor in European VC funds. The reputation we have for conducting thorough due diligence and the criteria we apply to successful VC investment models makes us a very catalytic player, especially in today’s fund raising environment.

Why has the European venture capital industry got such a negative reputation and is this justified?

The reputation of the European VC industry has many origins that range from genuine performance issues, structural issues like undercapitalised funds, to too few sophisticated LPs that were funding non-viable VC set-ups and GPs lacking home-run mentality in managing their funds.

I think it is fair to say that Europe has, both on the LP as well as at the GP side, spent the last 10 years in a learning curve, and this has given the industry a sizeable J-curve with a strong downwards slope and a rather flat upwards curve that is challenging the patience of investors from around the globe.

What can be done to rectify such perceptions?

Since the reasons are manifold there is no quick fix, but as a starting point I think it would be useful if all players – fund managers, investors and policy makers – admitted to their share of responsibility for the situation and took corrective measures.

Fund managers need to become brave enough to apply VC-risk commensurate investment models, focused on capitalising on the upside of investments and not managing downside risk.

Investors need to take responsibility for their investment performance by applying selection standards that are suitable for the risks taken in the VC industry.

And policy makers need to take a decision on whether they accept VC is a catalyst for a knowledge-based economy or not and act accordingly.

On a related note, why should LPs invest in European venture?

Looking at aggregated figures, banning European VC from any asset allocation appears a defendable choice. However, if one looks at the fundamentals, it becomes apparent that Europe not only has the richer R&D base compared to the US, for both life sciences as well as for technology investments, it also has the higher capital efficiency for invested venture capital.

Equity value over VC capital at cost beats the US comparatives almost across the board. It is in the translation of these returns at company level into returns at fund level where Europe drastically underperforms when compared to the US markets.

But that should be something that can be fixed, because it has little to do with investment skills but rather with portfolio strategy design, a science that is not too complicated to adopt.

Do you think governments should do more to support venture capital and early stage businesses? What should they do?

The public sector also needs to understand the opportunistic nature of the VC industry and this requires some space and flexibility in the focus of public funding and support programmes.

A successful tech company does not lose its value for an economy because it has grown beyond a certain size, because it has grown across a certain geographic border, or because it has survived a certain number of years. Yet most public sector action considers that the only weak link in the value chain is in the seed and early stage phase. I guess that at least twice in the last ten years we have seen the biggest damage in an economic downturn occurs in companies that are well beyond the start-up phase.

One argument for why VC firms in Europe struggle to raise funds is because of a lack of a sufficient number of LPs who are a) big enough to employ professional investment teams but b) small enough so venture capital returns can have a meaningful impact on their portfolios. What is your opinion on such an assessment?

That is indeed a truth that is hard to contradict; but it is also a consequence of VC in Europe not having the critical size of an asset class on its own.

Depending on various estimates, VC in Europe accounts for something between €2bn to €5bn a year. Whatever value one takes in that bracket, if one wants to focus on top quartile funds, let alone top decile funds, a large institutional investor would very quickly buy up the vintage year. That cannot be the purpose of an asset allocation. So, investors have two choices: they either consider VC of sub-critical size to justify allocating resources, or they have to outsource to fund-of-funds, the choice of which in the venture space is rather limited in Europe as well. Strangely enough, this situation persists despite a generally undercapitalised VC industry in Europe, for the reasons mentioned above.

Do you think the venture capital industry is heading for a consolidation as more and more VCs are forced to close as the fund raising environment comes ever tougher?

We certainly are at a crossing point for this industry where investment models are put to the test by investors. We all know that Darwinism works slowly in this industry but the time may have come where this natural selection takes place. This may lead to a painful shakeout in certain markets but it may also be seen as an opportunity to take on the future challenges with purified and sound foundations for this industry.

The challenge is that financial markets tend to overreact at both ends of the spectrum, in times of glory as well as in times of distress. Being a dampener of market movements may be a useful role for the public sector to play: making sure that the vital parts of the VC infrastructure survive, without preventing this necessary market purification process.

What tips would you give to VCs who are fund raising or planning to?

I think the most critical part is to provide clarity on their investment model and the risk profile it implies. We know that investments in VC are opportunistic but that does not mean that every investment opportunity fits with every fund strategy and its economics. Successful fund performance is more than the aggregate of the success of its portfolio companies. This understanding, paired with a skill-set that matches the investment strategy is the core of a credible investment case.

What will be the important issues for the European venture capital industry in the coming years?

This is probably European venture capital’s last chance to prove its place in the spectrum of investible asset classes. Five years from now, the choice will no longer be US or Europe, it may very well have shifted to US or Asia and Europe is off the map. Europe needs to find investment models that work and that can be replicated.

What is the EIF’s focus for the year ahead?

We have obviously adjusted our investment approach to the current environment. While we maintain our selective approach to investments with the objective to prove that European VC can generate attractive returns we, in today’s markets, are ready to take more substantial stakes as a cornerstone investor in the first closing of funds we invest in.

Our objective is to have funds equipped at first closing with the means to credibly implement their investment strategy because we fear that in times like now the first closing may be the last.

Our objective is to avoid exposure to funds that fail because of structural issues like a sub-critical fund size. There are very few even amongst the most branded teams out there in the market that are not facing this risk in today’s hostile fund raising environment, so our role in also backing the established VC community is vital.

Another objective for us is to invest in promising emerging teams that typically get little attention from institutional investors. Here, the objective is not to contribute to a proliferation of fund managers independently of market demand but to select those promising teams that have the right ingredients to become the next generation of successful GPs in the market. Emerging teams obviously have a higher element of risk but they are vital for the market. The VC market needs to rejuvenate itself at a sound pace. Here, we certainly have an important role to play.

Uli Grabenwarter is the head of equity fund investments at the European Investment Fund (EIF), Europe’s biggest fund-of-funds in venture capital and one of the biggest players in the mid-market buy-out space, with close to €8bn of assets under management and commitments to over 320 funds in the venture and mid-market buyout space.

Grabenwarter began his career at business consultancy PricewaterhouseCoopers, before joining the finance department of the European Investment Bank (EIB) in 1995.

From 1997 he was conducting private equity fund investments in the context of EIB’s new activity in this field and was advisor to the Executive Board of the EIB.

In 2000 Grabenwarter joined the EIF, initially as principal in the equity fund investments team.

He is also the author of the book Exposed to the J-Curve: Understanding and Managing Private Equity Fund Investments (Euromoney 2005) and numerous articles on the private equity and venture capital industry. Uli is of Austrian nationality and fluently speaks five languages.