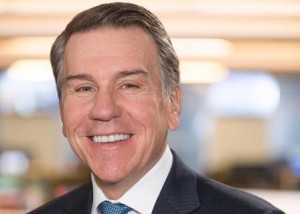 The New York-based asset manager said it’s launching Churchill Asset Management, which will operate as a standalone business based in New York. It will “invest on behalf of and further diversify the TIAA General Account,” the firm said.

Terms of the transaction weren’t disclosed. A spokeswoman for the firm declined to comment further on the deal.

The group will be led by Kenneth Kencel, president and CEO of Churchill Asset Management. Kencel formerly was vice chairman and investment committee member of Carlyle’s GMS Finance Group. Kencel resigned from Carlyle in 2014. A spokesman for Carlyle Group declined to comment.

Earlier in his career, Kencel launched senior lender Churchill Financial in 2006. Carlyle purchased the firm from Olympus Partners in 2011.

Kencel is joined by the following executives:

Robert Leary, executive vice president and president of Asset Management for TIAA-CREF, said the move offers the $851 billion AUM retirement services firm an “attractive source of risk-adjusted yield and credit diversification,” according to a prepared statement.

The move by TIAA-CREF is not a big surprise, according to Stefan Shaffer, managing partner at SPP Capital Partners, a specialist in lining up senior loans.

“The recent pullback by the traditional commercial bank lending community with respect to cash flow leveraged lending offers a unique opportunity for non-bank lenders to seize deal flow,” Shaffer said. “Given the relative low cost of capital provided by TIAA-CREF, they are likely to be an exceedingly effective competitor, and accordingly, a primary beneficiary of this shift in the private capital markets.”