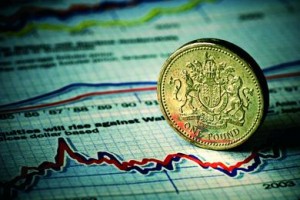 Far from the brash, ruthless parasites that they have been depicted as, private equity fund managers are really quite lovable, good-hearted members of the community who enjoy nothing more than spreading the rewards of their investment genius to as many fellow human beings as possible.

This caricature takes the point to an extreme, but it raises the issue of public perception of the industry, a subject that has been taxing many of its leading lights over the past couple of years. The idea that private equity funds ‘strip and flip’ companies, that their acquisitions routinely entail mass redundancies and that they hide behind a protective veneer of secrecy to avoid scrutiny… all these fears and apprehensions have coalesced into a sense of private equity firms being an enemy of the common man.

Among the various means of addressing these perceptions, a group of funds who are all listed on the London Stock Exchange decided to form an association, the (iPEIT). Launched in September 2007, iPEIT has 10 members, including , , and Pantheon, and aims to educate investors on the benefits of private equity investment through quoted companies.

”Private equity is a mature asset class in which major international institutions invest for good reasons,” says Peter McKellar, investment director at Standard Life (and a member of the iPEIT committee. “PEITs offer an easy route to this asset class and we need to tell people that.”

The London-listed PEIT sector has a market cap of around £10bn, made up of at least 20 funds, allowing investors to get access to market sectors which they might otherwise not reach, such as unlisted companies. Investment experts stress the wisdom of buying into PEITs as a diversification strategy, with long-term capital appreciation as the target rather than dividend growth. “Everyone could do with a bit of private equity in their portfolio,” says David Thorp at ISIS. “It just hasn’t reached the high net worth retail investor yet.”

Word of the prospects for PEITs has spread a certain distance already. Over the past five, 10 and 15 years the average PEIT has registered gains of 126%, 237% and 759%, against 110%, 102% and 350% for the FTSE All Share, according to the Association of Investment Companies. This has pricked the interest of many investment managers, attracted by the tax efficiency (PEITs pay no corporation tax on capital gains) and the exposure to high growth underlying businesses. They also draw comfort from the trusts’ structure, with an independent board who can remove an underperforming manager.

The recent initiative to bring PEITs to broader attention has been driven by the need to counter negative opinion, according to Rhoddy Swire at . “The spectrum of opinion has been passing from positive to negative territory on private equity,” he notes. “This has come from the unions and people’s fear of takeover. It is not a transparent industry in people’s views. So by working with public companies and listing on stock exchanges we’re showing that we’re not sinister ghouls. This is our shop window. It’s a way to make sure the industry is professionalised.”

Within the PEIT universe there are wide differences in funds. Some invest directly in a small number of companies within one country, whereas fund-of-funds PEITs may have holdings in hundreds of private equity funds around the world. Others are a hybrid of the two types. Proceeds from the sale of assets are retained for reinvestment and the funds themselves have no fixed lifespan.

For some investment managers, the rewards of diversification are the most appealing factor of PEITs. Getting exposure to The Sanctuary, for example – a women-only spa in Covent Garden in London – would have been tricky unless it was part of such a vehicle. “Private equity has the opportunity to leverage more aggressively, and the managers have a depth of diligence to change things,” remarks Ian Armitage, CEO of Hg Capital Trust, which sold The Sanctuary to PZ Cussons for £75m. “Even if there is a downturn in the economy these factors won’t change.”

Among other companies that have been included in PEIT portfolios are Letts Filofax Group and Scandinavian accountancy software group Visma. PEITs, say investment managers, add another layer of diversification to the equity, bonds and cash mix that has formed a traditional strategy. Most private equity funds have a range of vintages of investments, diversified across a number of industries and countries, helping to spread the risk and maximise potential upside.

Over the past few months the number of very large leveraged buyouts has diminished through tightened credit conditions, but activity in the mid-market has remained brisk, according to market watchers. This has allowed private equity funds to remain at the table, although their operating methods have shifted a little. It has become common for funds to lend from two or three banks, where in the past one bank would have handled an entire deal. Debt ratios have fallen from up to 80% to close to 50% or 60%.

To gauge the interest in private equity investment trusts, the iPEIT grouping commissioned a survey in January this year, and reported that, of 33 wealth managers and private bankers who responded, 24 managed holdings in PEITs and of these, 38% anticipated increasing their allocation, while 49% expected to keep a similar allocation.

This is clearly welcome news to the iPEIT group, even if one should take survey results with a pinch of salt. The respondents certainly don’t seem to share the pessimism of some commentators on the prospects for private equity. The Financial Times‘ investment editor John Authers was already calling the top of the private equity market in September 2007, as the days of the leveraged buyout appeared to have come to an abrupt halt.

Almost six months later, the iPEIT survey shows that (at least for the sample respondents) the market is bubbling along nicely. Some argue that this is an ideal time to invest in the sector, since PEITs are trading at a significant discount to value. “We think it’s a good time to buy in because the discount they are trading on is not an accurate valuation of the investment contained,” says Louisa Symington-Mills, an analyst at ABM AMRO, who released a report of private equity investment on February 1 this year. “These are high-quality groups and high-quality fund portfolios trading on discounts because of negative press about private equity following the credit market issues of last summer.”

To be fair to the press, it has given private equity a torrid time for longer than that. Stories about the private equity owners of Gate Gourmet provoking the strike that paralysed Heathrow airport were rife in 2005 and nobody in the German financial markets has forgotten the locust description applied by social democrat politician Franz Müntefering to private equity funds in 2004.

So the iPEIT campaign was about time, indeed almost a rear-guard action, coming after the House of Commons Select Committee grilling of several prominent private equity chiefs, where accusations of ‘loopholes’ and ‘paying no tax’ turned the air blue. “This is the sort of misinformation that we’d like to correct,” says Rhoddy Swire at Pantheon.

While mounting a PR campaign and educating the public on the glories of private equity is a fine ambition, Swire knows that it entails a number of challenges. “As a private equity fund you don’t necessarily want to follow the market, you shouldn’t be under pressure to do a deal,” he says. “There will be times when you’re sitting on cash, and if you give it back to investors, you may need it the next day.” Being in the public eye “doesn’t come naturally” he admits. “Private equity funds can take decisions that take three years to come to fruition. If you have a public vehicle you have to answer to shareholders, which can become unwieldy. You have to lift your kimono.”

There is a fundamental difference in the audience that you are addressing, says Swire. The scale of the investment will be far smaller, both in terms of individual investments and the overall volume. “It will never be of the order of institutional funding,” he believes.

The UK Government has generally taken the side of private equity in any debate on justifying its existence. Tony Blair was certainly an advocate and under Gordon Brown there are similar signs of support. Most recently, the Financial Services Authority issued a new policy statement removing many of the obstacles to listing alternative investment vehicles (including PEITs), which should mean that they are more accessible to retail investors.

The move was partly driven by a desire to attract more stock market listings to London, and away from Amsterdam for example. This month, the new Listing Rules take effect, loosening the qualifying criteria for PEITs and other vehicles to list. For example, until now a PEIT could not invest more than 15% of its total assets in any single company or group. As a result, some recently-formed PEITs have registered offshore in jurisdictions such as Guernsey, to avoid being UK-based.

The question now is whether a rush of new and less-informed investors will provide the funding that private equity funds need, now that the banks have drawn in their horns, or whether the chill investment climate of 2008 will have a negative effect on the sector. “We think that over the next few years there will be an increasing use of listed vehicles to raise money to invest in private equity,” says Simon Witney at London law firm SJ Berwin. “There will be more interest from investors who haven’t previously had access to that class of investment. The new listing rules will make London a more attractive place for private equity. It has been historically inconvenient for private equity to list in London.”

For the fund managers themselves, the attraction, according to Witney, is “a permanent capital vehicle that may (subject to review by the independent board of directors) invest either in or alongside private funds that it manages. “What’s more, the public relations value of forming a publicly-listed company should not be underestimated,” he argues. “The disclosure and corporate governance requirements that a listed vehicle has to comply with should also deflect some of the criticism of opaqueness and complexity that the industry has had to contend with.”

Maybe private equity fund managers aren’t yet seen as the cuddly bunnies that their mothers no doubt believe them to be, but the direction that the industry has adopted for itself, giving the man in the street not merely information on how it achieves its stratospheric earnings but allowing him to get a piece of it himself, should at least rub some of the harsher edges off the industry’s reputation.