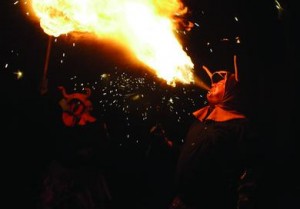 Appropriately then, recent private equity activity in the leisure and food arenas has kindled hopes that if depressed investment has not exactly rebounded yet, it may have bottomed out and be about to tick up.

September brought news of a rare and large IPO in the offing. Amadeus IT, a Madrid-based company whose technology is a global market leader for handling airline reservations, has reportedly appointed Rothschild as advisers for a proposed flotation of 30% of the firm next year. Amadeus is controlled by UK private equity houses BC Partners and Cinven, which together bought a controlling stake for €4.3bn in a 2005 public-to-private deal and now own nearly 53% of the equity.

In July, local private equity player ProA Capital pulled off Spain’s first LBO of the year, the purchase for reputedly north of €100m of Grupo Palacios, a white label, chilled foods producer and distributor with strong regional and national brands, some of which are expanding internationally.

Some 50% of the purchase price was said to be in the form of syndicated debt from Banco Santander, BBVA, Caja Madrid and La Caixa, as well as IKB, and was arranged by BNP Paribas. Spain’s Talde and Partners Group, headquartered in Switzerland, are also on board as private equity minority shareholders.

Sandwiched between this LBO and news of the Amadeus IPO, Investindustrial, the mid-market firm focused on Southern Europe, announced that, subject to regulatory approval, it would be taking 50% ownership in PortAventura, the region’s largest amusement park, through a €95m capital increase toward s the end of the year.

“All of this appears to show that something is moving, although slowly,” said Dominique Barthel Denis, managing director of La Asociación Española de Entidades de Capital Riesgo (ASCRI ), the industry association.

“Little by little, banks are starting to finance deals again, though syndicated debt is still the order of the day for now. Many deals are almost all equity or a much greater proportion than before.”

With Spain plunged into economic crisis, many players are in wait and see mode, pondering the uncertainties of when and how Spain will recover economically.

Private equity investment almost halved (49%) to €1.04bn in the first nine months of the year compared with the same period in 2008 (see table), according to figures released by ASCRI and webcapitalriesgo.com.

Only the ProA/Grupo Palacios deal reached €100m, and there were just 20 deals of more than €10m, compared with 40 in the first three quarters of last year.

Despite the difficulty of obtaining credit, leveraged transactions maintained the same share of total investment and number of deals as in 2008.

Industry leaders are calm for now. “It’s not a worry,” said Dominique Barthel Denis at ASCRI. “Even without counting allocations from pan-European funds, there are still around €5.2bn available, and more than half of local players have funds raised in the last two years.”

Those focused on the small and mid-markets were still raising funds relatively normally, she said.

Investindustrial recently completed the raising of a build-up fund for the €500m Investindustrial III Fund (raised in 2005) at the target amount of €100m. The build-up was raised in five months, receiving strong support from existing investors. Investindustrial says it is the largest fund of its kind raised for the European middle market during 2009. It will be used for purposes including bargain hunting as valuations decline.

VC player Nauta Capital launched its Tech Invest III fund in July with commitments of €100m to target investments mainly in Spain but also in the USA. Eland Private Equity launched a €40m renewable energy fund earlier in the year.

Jaime Hernández-Soto, ASCRI’s president and a partner at MCH Private Equity in Madrid, estimated recently that another €5bn euros could be available through foreign funds with permanent operations in Spain.

“However”, Dominique Barthel Denis warned, “if this fund raising drought continues – and everything seems to point to it doing so in the coming months – more than one PE firm could face problems.”

Leading analyst José Martí Pellón, professor of financial economics at Madrid’s Complutense University, predicted: “Some players that did not raise funds in the past two or three years may now have trouble doing so and could even disappear – this will affect 10% to 15% of players.”

In recent years, international private equity has stepped up its physical presence and investment in Spain, increasing competition for deal flow.

Maite Ballester, partner and managing director Spain for 3i, said: “The increase of the competition has prompted an increase in the cost of our operations although this is gradually stabilising. In some ways, this competition will tend to decrease because it is not as easy as before for new PE firms to come to invest in our market.”

Carlo Umberto C. Bonomi, senior principal partner at Investindustrial, said: “It is difficult for foreign private equity firms to execute transactions in Spain right now given the uncertain macro and banking environment. For a local firm such as Investindustrial, it is more or less business as usual, although visibility on earnings is lower. We can still capitalise from a personal relationship with the families. We tend to do one deal per year in Spain and that’s what we have done also in 2009.”

Said ASCRI’s Dominique Barthel Denis, “With the economic crisis, the appetite of foreign investors seems to have diminished, though foreign PE firms with offices in Spain are continuing working at full tilt and continuing to look at investment proposals presented to them,”

There are reasons a-plenty to continue prospecting in Spain: fragmented markets, inefficiencies, strong regional or national brands with the capacity to scale up and internationalise, many family-owned firms and SMEs, and a reasonably helpful legal and regulatory environment.

Investindustrial’s Bonomi commented: “We believe that the key opportunity for private equity in Spain is to help companies become more competitive internationally through a long-term partnership with an industrial approach. This is a real need for the many family-owned companies but also for other types of owners.”

Ballester at 3i said: “Right now, private equity is a great opportunity for service companies where there is little activity, companies wishing to buy others, diversification of groups that want to sell, etc. 3i is going to continue focusing in those sectors where it feels it can add value to the company.”

In 3i’s case that means sectors that have a high return on investment and are in constant change, such as general industrial, healthcare, consumer goods and business services.

It is a broad spread, and many players in Spain have tended to be industry agnostic. For example, Investindustrial’s PortAventura investment adds leisure to an eclectic portfolio that also includes emergency helicopter services, waste management, hair restoration, security software, and testing and certification services

Carlo Umberto Bonomi said: “We look for quality companies that are leaders in their respective fields and, if possible, that possess a concession and infrastructure-like profile.”

However, says ASCRI’s Dominique Barthel Denis: “With the impact that recession has had on consumers and property, some private equity firms seem to have become more focused on anti-cyclical sectors such as healthcare and food.”

Up until September 30, this year’s most favoured sectors, by total value of investments, were medicine & health (21%) and consumer products (20%). Energy and natural resources’ 32.7% share of investment in the first nine months of 2008 fell to only 8% in the equivalent period this year.

Total divestments in the first nine months were valued at €324m, 44% down year-on-year, as the impact of lower pricing showed through in a weaker market. There were 175 exits (-8% y-o-y). Trade sales (36.5%) accounted for the biggest share by value, followed by original shareholder buybacks (19.8%) then secondaries (12.4%).

The time is ripe

With everyone waiting for unequivocal signs of economic recovery and an upturn in the private equity investment cycle, ASCRI reported that Q4 started with a little more activity.

In a cautiously optimistic assessment, the association predicted that if this apparent recovery was confirmed, the industry could end up recording €1.5bn to €2bn of investment in 2009.

Given that ASCRI’s forecast at the end of the first half was for a total investment of €2.5bn for 2009, uncertainty clearly remains the order of the day, though the timing of deal completions can skew comparisons.

The association was on surer ground in saying that it would clearly take time to return to the record levels of around €4bn per year seen between 2005 and 2007.

Something is definitely stirring in the undergrowth though. Isabel Rodríguez, partner in the private equity team at law firm SJ Berwin’s Madrid office, says the company is fielding a steady stream of enquiries from PE firms interested in fund raising and deals and sensing that the time is ripe, or almost ripe, to invest in what could be some vintage years for making investments coming out of recession.

“With private equity getting back to the basics of portfolio management, it offers an advantage over derivatives and other structured finance products because there is no intermediation and at the end of the day the asset is still there, unless a company goes bankrupt. We think people should once again view PE as it was at the beginning rather than as a structured finance product, which I don’t think it is any more.”