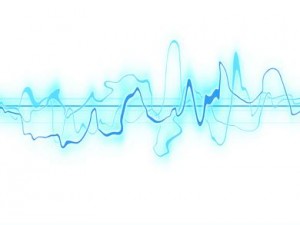 Every year, the global business consultancy Ernst & Young conducts a review of the top ten risk factors across a range of industry sectors. Time and time again the number one answer thrown back was the financial crisis and the lack of credit.

It makes for depressing reading, as market after market echoes the concerns of the other, a black cloud of recession descending upon expectations everywhere. But amongst all that, there stands out one sector seemingly oblivious to the financial carnage: technology, media and telecoms (TMT).

In the Ernst & Young review, the main concern of industry operators was not the state of the financial world, but the threats posed by new technology, newly liberalising markets and ‘globalisation’.

This is not to say that TMT companies are unaffected by the dramatic economic turbulence of recent months, but that they have more pressing things on their minds. Indeed, some recent reports show specific areas of TMT bucking the general downward trend and registering some quite spectacular gains.

UK-based law firm Freshfields announced in October that the UK TMT sector had recorded its highest level of foreign investment since the end of the dotcom boom, with £12.6bn committed by foreign acquirers in 132 deals between January and August. This, said Freshfields, was more than three times the amount spent on the sector in 2007 and higher than any year between 2001 and 2005.

Freshfields attributes the figures to a fall in valuations, which could itself be due to the falling pounds in relation to the euro and the dollar, along with the migration of advertising revenues to online media and the consequent drop in traditional publishing companies’ valuations.

“The market really seems to have picked up,” says Natasha Good, partner at Freshfields. “I think the publishing sector is facing a tough time from the migration of revenue online, but there are a number of businesses with their home in print, where people can help good titles make the transition online. The valuation of some of these publishing businesses seems low to foreign acquirers.” Good compares some of the larger publishing houses to ‘wounded beasts’, being attacked by aggressive, more nimble start ups.

In other parts of the TMT universe, there are exciting developments that have attracted more foreign attention. In wireless and mobile communications, such as wireless broadcasting to wifi, “investors will continue to be interested,” says Good. “IT service companies are quite high on the list for investors.”

In contrast to the mega deals of recent years, the market today is characterised by a larger number of smaller-sized deals, according to Good. “Some of this is more speculative,” she says. “Private equity has had some role but I don’t think it has been the key driver.”

Some key players are less enthusiastic about the current and future level of dealmaking in the sector. Crevan O’Grady, head of media at 3i, characterises the environment as ‘frozen’. “People are not selling unless they have to, they’re sitting on capital and there’s next to no debt available.”

His own patch of TMT, the media industry, is “down more than most,” he says. “Any real economic downturn will be felt heavily by parts of the media, particularly those affected by the shift from olds to new media with the pressure on advertising budgets. It’s a structural decline.”

To emphasise the scale of the changes afoot, O’Grady points to the market capitalisation of Google and its smaller (but still substantial) rivals. “Google’s market cap is something like US$300bn. All of that comes from advertising, and that market cap has to come from somewhere else. So people have realised that certain business models, such as free-to-air television and directories like Yellow Pages, are now in terminal decline. They’re on a gentle downward slope.”

In response, 3i has decided to steer clear of investing in such assets, despite their attractively low valuations, preferring to concentrate on digital media companies and content providers. Most recently the company bought a stake in Coremetrics, a US business that provides analytic tools for website advertisers, showing the level of return that they are achieving. “We’re looking at the digital media value chain, particularly at B2B companies which provide IT services,” says O’Grady. “Companies that help people do a better job and get more bangs for their buck.”

In keeping with Freshfields’ perception of more but smaller deals, 3i is targeting niche players who are quickly attaining sufficient scale to challenge the established media companies, by providing better and more relevant services. “We’re looking at specific points such as market research and behavioural analysis,” he says.

As far as the larger deal opportunities, O’Grady believes that this area of activity will remain largely closed until the debt markets reopen. Once this happens, he argues that the companies in digital media who have made intelligent investment choices during this period of retrenchment will re-emerge strongly, especially ones with international exposure who can weather the ‘very difficult’ UK market conditions in the coming year or so.

O’Grady remains committed to seeking out investment opportunities wherever they present themselves. In Europe, he defines the most attractive current options as coming from the ‘beer drinking’ countries of northern and western Europe, rather than the wine drinking south, with some ‘quite exciting’ prospects in Central and Eastern Europe. The US, he argues, has similar structural issues to the UK, whereas in Asia “there is still plenty of growth potential. It’s easier to commit to strong growth Asian companies, but the people who own the businesses are not putting them up for sale, because they don’t think it’s a good time.”

Depending on how the downturn progresses, there may come a point where it is no longer a case of finding a good time, but more a case of necessity. “If you look at the statistics, at some point a much higher proportion of businesses will have to sell, than have done so far. But we’ve not yet reached that point. There will be more distressed selling, it just takes some time before people get their heads around the fact they will have to accept a lower price.”

O’Grady detects that the IT services and software sectors are “probably less cyclical than many kinds of media, so company valuations are probably holding up better.” A company like Reed Elsevier, by contrast, is having trouble selling some of its businesses, whereas a couple of years ago, it would have expected to achieve a quick deal.

The relatively slow pace of change from traditional to digital media in some mainland European countries has ironically made assets more attractive, according to Natalie Tydeman at GMT Communications. “Some of them are in a stronger position, and are able to go after acquisitions,” she says. “The big companies have not been as badly damaged by the switch that has happened in the UK.” One recent example is German publishing house Axel Springer acquiring various UK media assets, alongside the acquisition by Heinrich Bauer of Emap’s publishing business for US$1.4bn.

As advertising declines put increasing pressure on TMT business revenues, the importance of scale is consequently rising, says Tydeman. This helps to explain the rationale of the Thomson-Reuter merger, as each of the companies singly were under pressure from start up information providers.

Tydeman believes that the large terrestrial commercial TV channels like ITV are stuck in an unwinnable position, since they are unable to make the switch to an online business model without cannibalising their existing business. She argues that the shift from print to online advertising is still in its early stages and will probably accelerate in the coming year. “There is a good possibility that the recession will take it over the next hurdle,” she says.

As a consequence, Tydeman expects to see a wave of divestment, as companies rid themselves of non-core assets, just as happened following the dotcom crash, as companies struggle to get access to cash. Equally, lack of access to debt, and the difficulties of making profits through financial engineering, has meant the private equity investors in TMT have taken a back seat, while the trade buyers are resurgent.

At GMT Communications, the focus is on mid-market deals, avoiding the use of excessive leverage. “We’re quite lucky in this market, and we do development capital deals where the growth of the business brings returns. The recession could have quite a positive effect,” says Tydeman. She anticipates that consumer spending will be reduced by the ongoing recession, meaning that people will spend more time at home, going online and playing online games. GMT invests in a number of companies providing these sorts of services, “so development capital could be quite fruitful over the next couple of years,” she says.

In the US, a company like Veronis Suhler Stevenson, a private equity firm specialising in mid-market media investments, has also noted its average deal size reducing. Two years ago it would have been US$250m, now it’s closer to US$100m. There have been a handful of large scale media deals in the US, including Bloomberg buying out a US$4.5bn stake owned by Merrill Lynch, and NBC Universal, Bain Capital and Blackstone acquiring The Weather Channel for US$3.2bn; much of the action for private equity firms has been equity recapitalisations, with equity owners buying back debt at a discount to reduce leverage.

Media market watchers note that Russian, Indian and Middle Eastern investors are showing interest in US and UK assets. Should valuations fall a little further, or cashflow problems emerge, we could see a flurry of acquisitions from such cash rich investors. In China, TMT M&A has consistently outperformed the market, with internet and software companies being especially highly prized.

Meanwhile, the fragile state of the overall TMT market, with its sporadic shoots of good news and optimism, continues to attract a smattering of investment attention. There is a great deal more change in prospect.