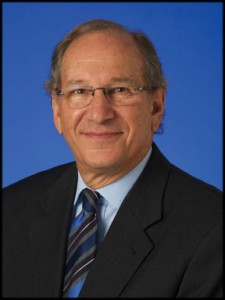 It doesn’t make sense. It seems that almost everyone in the country believes that taxes are going to go up next year. While pundits have differing views on the magnitude of the changes, ordinary income tax rates, if the Bush tax cuts expire, will increase from the current 35.0 percent to 39.6 percent and, more importantly, long-term capital gains taxes are likely to increase from the current 15.0 percent to 23.8 percent. Faced with such potentially significant tax increases, wouldn’t you expect more owners to run for the exits this year?

Although far from being scientific, we have been talking to a lot of private owners to try to make sense of this anomaly. And the decision whether to sell a company seems to be largely dependent upon the Great Recession of 2009 and how well the company fared.

In one camp, you have those companies that just took it on the chin. The recession caused these companies’ earnings to plummet and, with it, their owners’ net worths. Many of these owners were looking over the cliff wondering how they were simply going to survive when the banks took over their company, wiping out their net worth and livelihood.

And guess what? As those company’s earnings have come back, whether through cost cutting or simply due to a change in the cycle, most of these owners have said “Thank God–I got another chance. I’m out of here.” No matter what price they sell their company for, it will be a better result for the owner than the disaster scenario they envisioned just a few years ago. And just like that, a lot of cyclical companies have been marketed for sale.

And then there are those companies that did just fine during the recession. For whatever reason, whether it be good management, industry dynamics or just sheer luck, these companies may have had a slight dip in earnings, but, for the most part, they exhibited consistent and predictable earnings. Owners of these companies also know that tax increases are imminent but their response tends to be, “What in the world am I going to do with the money I’d get from selling my business?”

With interest rates at historical lows and, according to Ben Bernanke, likely to stay that way for the next few years, most of these owners believe that their net worths are more secure, and will grow even faster, if they just continue to leave it in their company. And with one Ponzi scheme after another coming out of the woodwork, not to mention hedge fund bankruptcies, economic uncertainty, and a divisive political climate, maybe knowing you can control your own destiny by continuing to own your own company is just the answer.

Interestingly, this thought process may also be the reason many business owners continue to be unwilling to take on any new debt to grow their companies. When someone from the bank’s workout department comes to visit you, it’s an experience you never forget and certainly never want to relive. Better to take the slow and steady path rather than incur additional borrowing for an acquisition, new plant or product line extension. Less earnings, but no debt, has become the modicum for most private business owners.

So next time you see a privately-owned company for sale, perhaps you might consider the owner’s thought process and motivation. He may know more than you do.