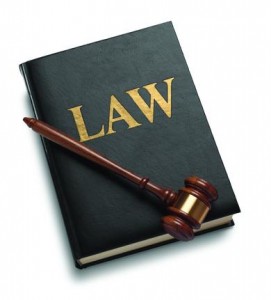 Financial services specialist CapGen Capital Advisors, which has raised US$500m from investors, filed a lawsuit against two of its LPs for not meeting capital calls.

According to a complaint filed with the Delaware Chancery Court, CapGen Capital is seeking an order to compel Chalice Fund and WK CG Investment to make good on commitments, as well as to pay monetary damages and applicable interest.

At issue are the US$3.5m pledge made by Chalice Fund and a US$1m commitment made by WK CG Investment. At the March 4 filing of the complaint, the uncalled portions of those pledges stood at US$2.4m and US$680,691, respectively.

CapGen issued written notices to Chalice and WK CG on December 22 last year to pay required capital contributions to cover portfolio investment and related management fees. The capital calls were US$757,217 and US$216,348 respectively. When the contributions didn’t materialize, CapGen sent letters to both parties in late February, designating them as being in default, and notifying them that it planned to move ahead with available legal remedies if the payment wasn’t received by February 25.

In the US a lawsuit pitting a buyout firm against its LPs is rare, but in Europe it is virtually unheard of. However, in the current financial market, almost anything is possible. If a European lawsuit happens it will be the UK that will fire the first salvo.

Sam Tyfield, a partner at Katten in London, said: “There has been no litigation in Europe so far. It is important that GPs look into the reason for an LPs default. Is it a short-term cash flow issue or is it game over if the LP is insolvent or bankrupt or is the GP dealing with a strategic defaulter – a firm that is walking away from private equity (PE) for performance reasons? Strategic defaulters are the most likely to be sued and the most likely to pay out when pressured with a lawsuit.”

In Europe, strategic defaulters can be large institutions or a family office that has, for example, allocated 10% of its investment cash to PE, and as performance of the asset class falters they don’t want to continue to throw good money after bad. In this situation GPs could be pressured by LPs to refund money and wind-up the fund.

“The brief time from capital call to courthouse is noteworthy,” Andrew Wright, a partner in Chicago-based law firm Kirkland & Ellis, said. “The speed of this reflects, from the outside at least, that CapGen seems to be taking a pretty firm stance from the onset.”

CapGen’s approach is unusual because if an LP defaults on a capital call there are several options available to a GP depending on the initial terms documentation. Typically a GP can borrow the money for the capital call and charge interest to the LP. Or the LP can be expelled from the fund. However, in the latest boom no-one foresaw LPs defaulting. LP provisions were diluted because GPs didn’t want their investments to seem unattractive. Even so, the defaulting partners’ share of the fund would typically be offered to other investors who are familiar with the fund and might be willing to increase their stakes.

Law firm Katten is working with a US-based private equity firm, Kendall Investments, to structure a vehicle that will serve as an alternative to the private equity secondary market. Katten and Kendall believe that the fund provides a solution that is less draconian than a sell and that aligns the interest of would-be secondary sellers and would-be secondary buyers. Creative options such as this will become more and more popular as the LP and GP relationship changes in the new economic reality.