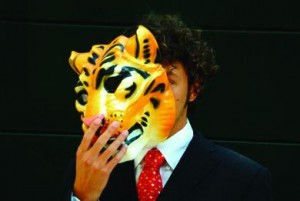 Private equity investors are becoming more aggressive as they realise that the roar of the regulator hides the fact he has no bite. Industry insider, Richard Jones, speaks up.When the pensions regulator was introduced and given wide-ranging “moral hazard” powers the concept of limited liability disappeared and fright took hold across the private equity industry. After strong lobbying from industry bodies, the Pensions Regulator introduced the “clearance” process to provide some certainty to investors in companies with pension schemes. Eighteen months into the new regime it is becoming clear that the Pensions Regulator’s powers are nowhere near as wide-ranging and all-powerful as he would like industry to believe. This is a good time to ask the question “Who is afraid of the Pensions Regulator now?”

The concept of limited liability for investors and for company directors alike evaporated in April 2005 when all “connected parties” became potentially liable for the full amount of any deficit in the pension scheme, calculated on an insurance company buyout basis.

In particular, the Pensions Regulator can impose a Contribution Notice (“CN”) or a Financial Support Direction (“FSD”) on any connected party. In theory, this could result in a company or an individual becoming liable for paying money into a pension scheme up to the value of any shortfall on a buyout basis. Furthermore, these powers could be employed retrospectively up to six years after a “specified event” in the case of a CN and nine months in the case of an FSD.

The granting of these draconian powers to the Pensions Regulator caused uproar from industry, particularly those in the private equity arena whose businesses depend on the ability to invest for a limited period of time and to make a clean break on exit. After strong lobbying, the clearance procedure was introduced whereby companies and their directors can ask the Pensions Regulator to give an undertaking not to impose a CN or an FSD in respect of a particular course of action.

Initially, private equity buyers were extremely wary of the Pensions Regulator’s powers and tended to seek clearance for the vast majority of transactions where a pension scheme was involved. This least risk strategy has proved to be very costly in some cases, with the Pensions Regulator only willing to give clearance in exchange for significant cash injections into the pension scheme, often requiring funding up to the FRS 17 level before or shortly after completion.

However, increasingly we are seeing private equity buyers that are willing to take a more aggressive stance, no longer running in fear of the theoretical threat posed by the Pensions Regulator. To me, this is a sensible approach and one which I have been advocating for quite some time. The Pensions Regulator is bound by some very tight constraints over the issue of CNs and FSDs and hence his powers are much less biting than he would like industry to believe.

Indeed, the Pensions Regulator cannot use his rather draconian powers without very good reason. In particular, the Pensions Regulator can only issue a CN if there is an act or a failure to act, other than in good faith, that is designed to reduce a Debt on Employer (ie the shortfall on a buyout basis) payable or prospectively payable and the Pension Regulator believes that it is “reasonable” to do so. An FSD can only be applied if a scheme is “insufficiently resourced” and the Pensions Regulator believes that the imposition of an FSD would be “reasonable”. The insufficiently resourced test is based on the equity valuation of the sponsoring entity being less than half of the Debt on Employer and hence is not relevant in a significant proportion of transactions that I have encountered.

It is always worth remembering that seeking clearance from the Pensions Regulator is optional. The Pension Regulator’s guidance on clearance states that he expects clearance to be sought only in relation to events which are financially detrimental to the pension creditor, known as a “specified event”. The guidance also states that clearance is only desirable if the schemes affected have a deficit on an FRS 17 basis. Again, it is common to see transactions where the Pensions Regulator would not expect to receive an application for clearance because one or both of these criteria were satisfied.

In order to obtain clearance, it is necessary to enter into negotiations with the Trustees. The Pensions Regulator will not give clearance unless the Trustees have agreed to the proposals put forward by the Employer. In addition to the cost implications already mentioned, it can be extremely time-consuming to enter into negotiations with (sometimes multiple) Trustee boards and to obtain their approval in a transaction situation.

In summary, there are numerous reasons why a private equity buyer might be best advised not to apply for clearance for a particular transaction. The best course of action will of course depend on the circumstances of each transaction and the risk attitude of the private equity house. Ultimately the decision should come down to a trade-off between the likely cost of clearance in terms of additional funding and the extent of any risk that the Pensions Regulator could reasonably exercise his powers.