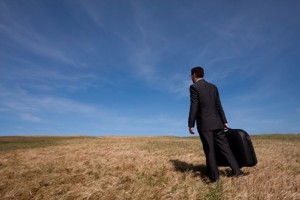 Spoto’s LinkedIn profile shows he joined Goldman this month as a managing director. His specific responsibilities are not clear. Andrea Raphael, a spokeswoman for Goldman Sachs, did not return requests for comment.

An attempt to contact Spoto through LinkedIn was not successful.

Spoto worked at AlpInvest since 2005, starting out as a principal. Prior to AlpInvest, he worked at Goldman from 1998 to 2005 as a vice president in leveraged finance.

At AlpInvest, Spoto led U.S. co-investments along with Richard Dunne. Dunne will continue to lead the U.S. group going forward, according to a person with knowledge of the firm.

AlpInvest’s co-investment group is made up of 24 people, including four other managing directors. Managing Director Sander van Maanen, based in Hong Kong, is the global coordinator for co-investing at AlpInvest.

Earlier this year, Tjarko Hektor, who formerly co-led the secondaries team at AlpInvest, left the firm for undisclosed reasons.

AlpInvest earlier this month re-hired Neal Costello as a managing director on the secondaries team. Costello previously worked for AlpInvest from 2003 to 2013, when he left and joined the Canada Pension Plan Investment Board.

Costello, who is based in Amsterdam, is not a direct replacement for Hektor, said Wouter Moerel, head of AlpInvest’s secondaries business, in a previous interview with Buyouts.

“We wanted to go with someone we knew,” Moerel said, explaining that the firm had been looking to add to the European secondaries team.