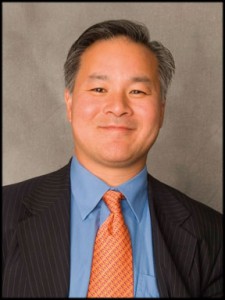 TorreyCove At A Glance

Assets under management: Currently oversees about $20.8 billion of assets

Years in business: TorreyCove, including its predecessor organization PCG Asset Management, has been representing public pensions and other sophisticated clients since 1991

For years, that pretty much described the role of the limited partner. Glad just to have access to private equity funds — and the returns available — they did what their title implied they should: limited their input and let general partners call the shots. Those days are gone. LPs are no longer content to stand by the bag and spectate while GPs tee up their investment.

The thing they’re most vocal about: excessive management fees. An increasingly influential voice in the debate belongs to TorreyCove Capital Partners, a consulting firm that helps a number of large LPs, including the Oregon Public Employees Retirement Fund (OPERF) and the Illinois Teachers’ Retirement System, decide where and how to deploy their private equity allocations.

“I think there is a bit of a revolution going on,” said David Fann, president and CEO of TorreyCove. “When limited partners read about folks generating $50 million or $60 million per year solely on management fees, it’s disheartening for them. They would rather see success drive compensation not just management fees. So we have worked hard alongside our clients to try to improve the economics for the limited partners such that most management fees are not a significant source of income for general partners.”

Getting a first-time fund to agree to lower fees is one thing, but getting a top-tier fund to acquiesce is another thing altogether. “Trying to convince these top-tier funds that they should discount their fees is incredible difficult especially if they are three, four, five times oversubscribed,” said Fann. “So the discussion is whether our clients are appealing as LPs and whether our clients are willing to accept a rich management fee in order to access a leading fund. It’s on a case-by-case basis.”

A few short years ago, TorreyCove was called PCG Asset Management, part of private equity consulting giant Pacific Corporate Group. But PCG imploded when it lost its anchor client, the California Public Employees’ Retirement System. PCG’s 70 percent stake in TorreyCove was ultimately sold to Japanese conglomerate Mitsubishi Corp. at the end of 2011, with TorreyCove management retaining 30 percent of the firm.

The transition, however, was far from smooth. Prior to the sale of PCG Asset Management, Fann and his group lost several major clients including the Teachers’ Retirement System of the City of New York and the Rhode Island state treasury. But the firm did manage to hold onto several other large clients, including OPERF. And since becoming TorreyCove a little over a year ago, the firm has added three new clients including the $43 billion United Nations Joint Staff Pension Fund.

“After the Mitsubishi transaction, we were able to re-establish some success in the marketplace and validate the abilities of the management team,” said Fann.

Jay Fewel, senior private equity investment officer at Oregon Investment Council, which manages the $51.5 billion Oregon Public Employees Retirement Fund, stood by TorreyCove during the tumultuous times. “If there were any serious issues we would not have stuck with them, but it’s not like our portfolio was ever spinning out of control,” he said. “I was dealing with specific people at the firm who were still executing and doing a very good job.”

He added that, as PCG Asset Management, the firm fell victim to staff turnover, but he doesn’t see that as a problem for TorreyCove. “They did lose some good people over time, not because the organization didn’t have talent, but because of how the economics were shared among the employees,” he said, referencing the fact that there was not an equitable division of profits at the old firm. “But when they formed TorreyCove, that situation was resolved, and now they are in great shape going forward.”

Still, Fann and his team learned some hard lessons along the way. For instance, the way you are perceived in the marketplace, whether rightly or wrongly, is critical to your success. This realization led TorreyCove to actively pursue thought leadership in the market by creating a new research division tasked with publishing insightful reports on private equity. “The research we are pursuing is a direct result of understanding the need to re-establish our reputation in the market,” said Fann.

Most recently, TorreyCove published an eye-opening study on the correlation between management fees and performance. The topic, of course, is one that’s near and dear to the firm. It’s also one that’s been generally overlooked by the academic research community. TorreyCove used its own data to compile the report, pulling information from approximately 200 funds in which its clients are invested.

The research can potentially serve as valuable ammunition when negotiating deal terms for its clients. “I think the most capable, knowledgeable and sophisticated GPs appreciate that their value creation ought to be recognized in carried interest and not the management fee itself,” said Fann. “This is an ongoing issue and will not be going away anytime soon,”

Still, management fees are only a small part of the equation when deciding which GPs to back. For Fann, it really comes down to finding the right teams, the right skill sets, and the right motivations to be successful. “We don’t take the approach that any segment is more appealing than others,” explained Fann. “For example, we are not just focusing on the middle market, even though that is very interesting. We are primarily focused on those GPs that can demonstrate the ability to generate alpha, irrespective of the segment of the marketplace”

Though if he had to pick a segment, Fann reveals an interest in emerging growth markets where there is a differentiated approach. “There are pockets in Asia where private equity is still nascent, parts of Africa where private equity is still a pioneering industry, and places in Latin America where PE is still in the first inning of the ballgame, so throughout the world there are tremendous opportunities.”

As for the role of advisory firms like TorreyCove in the private-equity ecosystem, Fann believes they are more valuable than ever. He notes that many of his clients don’t have the ability to build sizable in-house teams. They rely on TorreyCove to step in and do the due diligence necessary to underwrite a deal.

“I think it is helpful for any investor to have another set of eyes and to conduct independent due diligence that can potentially yield a different answer,” he said. “The more information you have the better off you are as an investor. And good advisers provide information to their clients that, in some cases, uncover aspects of the investment that the client hadn’t thought about or wasn’t able to get directly.”