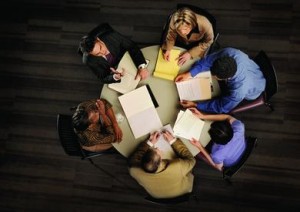 On the face of it the furore surrounding investigations by New York’s Attorney General Andrew Cuomo into alleged backhanders paid by so-called placing agents to officials of the state’s main pension fund could not come at a worse time for this becalmed segment of the private equity industry. There are precious few new fund closings taking place and it is difficult to predict when LP appetite will return sufficiently to change this situation. But how relevant actually are these scandals to the European market and what, if any, repercussions will they have, especially in light of the austere fundraising climate?

The answer to the first question invariably drew the same response from the market on this side of the Atlantic: that the crimes committed (if indeed they are proved to have been so) are a straightforward case of fraud that is a by-product of the peculiarly US model in which the world of politics and state pension funds are closely intertwined. In this case, the main players are more akin to political ‘fixers’ and lobbyists than what we would see as mainstream placing agents. It is therefore unfortunate that the events unfolding in New York are tarring all placement agents with the same brush, because the situation is neither endemic in the US, nor is it analogous with the market in Europe.

As for the immediate repercussions, one prominent member of the placing community who, rather darkly, was unwilling to go on the record “for reasons that will become clear in the coming weeks” stated: “It’s an outrage. The knee-jerk reaction is completely unfair and it is having a punitive effect on many placing teams in the European market, who are being asked to provide details of all their transactions with certain US pension funds. The reality is that in almost all cases European placing agents do not deal directly with these schemes, but with their gatekeepers, so it is virtually impossible to provide such records and it will just chew up resources on a massive scale”.

However, the more moderate reaction of some of the US market’s leading schemes –CalPERS, for example, stopped well short of banning placement agents – does give some cause for optimism. That said, most operators do appear resigned to the fact that the scandals will result in changes to the way the industry works.

According to Andrew Bentley, of Campbell Lutyens: “What is alleged to have happened in New York would be wrong in any country, under any law. It’s bribery. But the knee jerk reaction has not been appropriate and it’s a distraction to what the real issues are in the industry. What it will do over the longer term is make the placing community more open and transparent about its fees on a transaction by transaction basis, which is no bad thing”.

MVision’s CEO Mounir Guen concurs: “It is clear that the placing model needs to be better explained – and I think it will be revamped as a result. The main emphasis will have to be on greater transparency and a real improvement in how clearly the placing agent’s role and contributions are communicated to everyone.”

As far as the ability of European placing teams to conduct their normal business is concerned, Peter Flynn of Candela Capital suggests that those without properly established US operations will not be able to raise capital there: “What looks likely is that any GP wanting to raise from US LPs will have to go through a US registered and regulated placing agent or do it themselves.”

Aside from these points, though, it is difficult see that the issues coming out of New York are to have a truly destructive impact on the placing sector in Europe. True, rumours of downsizing among placing teams abound, with businesses such as Citigroup, Merrill Lynch, Morgan Stanley, Bank of America and Helix Associates all believed to have cut staff numbers, but this process is likely to have been under way well before the fraud charges were revealed and probably comes as a result of other factors. As one commentator put it: “As far as the investment banking teams are concerned there have always been other issues: most of all, with some exceptions, they fundamentally don’t understand private equity so it’s not surprising that they are restructuring”.

The reality is that the full effect of what is happening among US public pension funds will probably take some time to filter through. And, as Janet Brooks of Monument Group explains, the main threats at the moment are market-driven: “The big issue currently facing the placing segment in Europe is the almost total lack of primary fundraising that is taking place. The closings that are being announced largely relate to cash secured last year or even the year before.”

Similarly, the environment that Mounir Guen of MVision describes is bleak at this time: “Our industry is going through some very dark, slow days. As a result of over-commitments in 2007 and 2008 many institutional investor are using part of their 2009 allocation to offset shortfalls. Also, we are only seeing 2009 commitments being agreed now – almost in June.” There is also a significant re-working of LP portfolios, with investors trimming down their stables of relationships and ridding themselves of GPs that are not perceived to have distributed sufficiently in the last couple of funds. “What this all boils down to is that the amount of capital available for primary fund positions is probably around 25% of the figure seen in 2008”, says Guen.

So, how can the placing industry survive such challenging conditions? To begin with, the immediate pressure might not be as great on many placing teams as one might imagine because of the way fee income is generally structured. In most cases, the placement agency fee is not paid in one go following the final closing, as this would eat up a significant portion of the GP’s year-one management fee. Instead, the fee is split up and paid over a number of years, which in the current conditions gives placement agents and valuable handle on their upcoming fee income. The exception to this rule can be seen with funds raised by the largest, most well-established GPs, which can afford to pay off the placing fee in one lump on completion; more often than not the placement services for these funds are supplied by the largest investment banking teams.

But of course, inactivity now will create a hole in fee income further down the line and this fact is spurring many to seek alternative sources of revenue, with the obvious one being an increased focus on the secondary market, both in terms of placing secondaries funds and brokering secondary transactions and portfolio restructurings. However, according to a number of respondents, there are issues with this strategy. Apart from anything else, the wall of money perceived to be available for secondaries funds appears greater than the reality despite some impressive closing’s recently. There is also a lack of experience in what is a highly specialised niche. As one placing agent said: “Sure, secondaries will keep you busy, but they’re not providing massive fees at the moment”.

What is certain is that as LPs focus their limited resources on the best performing GPs, the competition to place these offerings will be intense. As Andrew Bentley puts it: “In a bull market commitments are easier to come by and representing managers outside of the top tier can be profitable. Now selecting the very best offerings – the top decile performers – is essential to a placement business. This is a difficult thing to achieve as LPs themselves know and requires real insight via thorough due diligence and good judgement. Some will get there by luck, some by great judgement and others by sheer diversification”. Diversification is a strategy underlined by Mounir Guen too: “The key to survival at the moment is diversification, both geographically and by the types of product you place”, he says.

Overall, then, while the short term outlook for the placing industry looks challenging, especially for the largest teams that are still resourced up for boom times, the consensus among those questioned was that the future of the placing industry is not in jeopardy, despite the market or the rumblings in the US. According to Peter Flynn: “I see the market beginning to open up again in the final two quarters of this year and into 2010, even for new relationships, though much of the focus will be on smaller buyout offerings”.

Janet Brooks agrees that there is money out there and that there will be some fund closings – just not as anywhere near as many as the market has become used to. As she says: “People seem to forget that fundraising was very difficult for large parts of the 1990s – you had to knock on an awful lot of doors and be prepared for them to be shut in your face. The irony is that this downturn could end up being a positive thing: GPs soon come to realise how important a strong placing agent team can be for their business.”