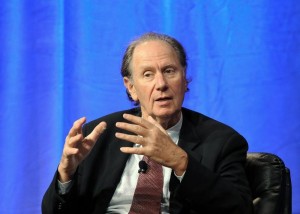 TPG has raised about $3 billion since launching its Fund VII effort last summer, including about $2 billion it raised in a bridge fund, TPG Strategic Partners Interim Fund. Fund VII has not made any investments yet, according to a source.

TPG is also in the market with TPG Growth III with a target of $3 billion.

TPG raised its last flagship fund 2007. TPG Partners VI was one of the largest buyout funds in history, weighing in at $19 billion.

Fund VI ran into trouble with big bets on Washington Mutual, Energy Future Holdings and Caesars Entertainment Corp. But it still managed to produce an IRR of 11.33 percent as of Sept. 30, according to public pension fund data compiled by Bison. The top-quartile threshold for vintage 2007 buyout funds is about 15.4 percent, while the median is 9.4 percent, according to an annual survey by Buyouts.

Some LPs won’t invest in a firm if it has two or more funds outside of the top quartile, which could make TPG’s fundraising efforts more difficult.

On the other hand, sovereign wealth funds and other LPs looking to write big checks have relatively few megafund options at the moment:

To drum up interest in Fund VII, TPG offered discounts on management fees for Fund VII, based on the size and speed of investments. Investors in the first close were offered a 10 percent discount on management fees, plus an additional 5 percent off for a commitment of $100 million or more.

TPG also has been contending with some noise around the departure of spokesman Adam Levine. TPG filed suit in January against Levine in U.S. District Court in Fort Worth, Texas, accusing him of attempting to “extort” millions of dollars from the firm. A spokeswoman for Levine told the Wall Street Journal he was dismissed because he alerted TPG senior management to “serious issues of non-compliance” concerning fees and expenses. Levine declined to comment.