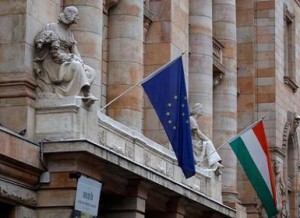 Financial and legal terms of the sale will be finalised by September, TriGranit chief Sandor Demjan was quoted by news agency MTI as saying. In a joint statement the companies said they will wrap up the deal by the end of this year.

TPG is already active in the central European region. It bought Prague-based PointPark Properties (P3) in a deal that included 48 warehouses and development land, in 2013, and expanded that portfolio last year.

It plans a similar expansion with TriGranit, which it will acquire and develop through its real estate arm TPG Real Estate.

TriGranit’s management team will remain in place, it said. Certain assets will not be included in the deal and will stay under the purview of a new company called Granit Management.

Demjan and Csanyi will acquire the shares of Peter Munk and Immofinanz once the TPG transaction is completed.

(Reporting by Marton Dunai for Reuters)