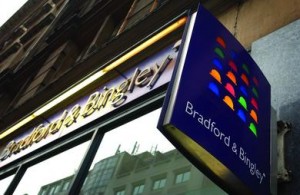 TPG Capital’s agreement to buy, for £179m, a 23% stake in the UK mortgage lender Bradford & Bingley has come as something of a surprise.

Insiders say that the Fort Worth, Texas-headquartered buyout fund had been looking at B&B for “some months”, along with other private equity players such as 3i. Other observers comment that Goldman Sachs, B&B’s financial adviser, actively sought out TPG.

If anyone has been linked to B&B, the first names mentioned have usually included the acquisitive Spanish bank Santander (owner of UK mortgage lender Abbey), the UK clearing banks such as Lloyds TSB and HSBC, and fellow mortgage lender Alliance & Leicester, which is widely considered to require either capital strengthening or a strategic merger.

As for US private equity funds buying into distressed or near-distressed UK financial services, JC Flowers and Cerberus have shown the most competitive interest so far, both having pursued Northern Rock. Sir Richard Branson’s Virgin Group, one of the remaining final bidders for Northern Rock before it was eventually nationalised, was also rumoured back in April to be preparing an approach for B&B.

However, the surprise appearance of TPG took second place to the shock news that, as part of its capital raising effort, B&B is having to restructure its rights issue proposal, announced just less than three weeks previously on 14 May.

In the opening hour of trading on the London Stock Exchange on 2 June, the day of the TPG deal announcement, shares in B&B dropped by up to 30% before settling and closing 24% down at 67p (the new rights issue price is 55p, reduced from 82p).

HBOS, the UK’s second large buy-to-let mortgage provider after B&B, followed in B&B’s choppy wake. Its share price stayed down over 10% and the HBOS board felt compelled to issue a statement at 9.30am on 2 June in order to reassure the market: “HBOS confirms that its fully underwritten Rights Issue process is proceeding according to plan.”

Other financial institutions, perceived to be facing similar challenges, fared badly. Alliance & Leicester lost over 5%. Royal Bank of Scotland –conducting a far larger rights issue – lost over 3% and issued a statement on 2 June distancing itself from UK buy-to-let mortgages: “In response to enquiries received, RBS notes that UK buy-to-let mortgages are only 1% of RBS’ UK loan portfolio.”

The shock might have been even greater had it come out of the blue, but Bradford & Bingley was already beginning to lose control of its destiny. The first rights issue proposal – to raise £300m at a 48% discount to the closing share price on 13 May – was performed with the speed of a handbrake U-turn. Group chief executive Steven Crawshaw had vehemently denied, speaking at B&B’s first quarter results presentation on 22 April, that there were any plans for a rights issue, although he did leave the door open with the comment that “no bank should say never, not over my dead body.”

One rights issue is enough to throw into jeopardy the job of any manager who proposes it. After a second, restructured rights issue, the news is that Crawshaw has stepped down with immediate effect “due to a serious cardiovascular condition.” Chairman Rod Kent takes on executive duties in his place, and TPG has the right to appoint two directors.

The restructured rights issue, which is fully underwritten by Citigroup and UBS, must still be approved at an EGM in mid July. It involves raising a lesser amount (£258m compared to £300m) at a deeper discount (55p per share compared to 82p). However, together with the £179m being invested by TPG, the total amount of capital raised will come to £400m, net of £37m expenses. TPG’s investment will be made in two tranches, the first to acquire 5% in B&B’s existing capital at 55p per share, and the second to acquire 21% in the enlarged share capital, again at 55p per share.

This stake-buying is not TPG’s usual game, particularly to purchase minority stakes in listed companies, and the question is: why isn’t TPG buying the whole company? TPG has abundant funds. In addition to its US$14bn global buyout fund, it is currently raising a US$7bn vehicle specifically for the financial services sector. Perhaps it will make a bid for the whole of Bradford & Bingley in future, or perhaps the buyout firm is losing its nerve but feeling the pressure to put some of its cash to work.