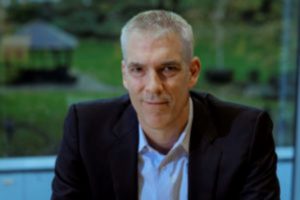 TPG, which is jumping into the secondaries market with its hiring earlier this year of Michael Woolhouse, is premarketing its debut secondaries fund that could target as much as $2 billion, sources told Buyouts.

The fund is not yet in the market. The firm has had preliminary discussions with investors, known as premarketing, sources said. While no target has been finalized, sources said the fund could target $1.5 billion to $2 billion.

It’s not clear when the fund will officially hit the market, though it will likely start fundraising in the first half of 2021, sources said.

The fund is expected to focus on GP-led secondaries deals like fund restructurings, tender offers and strip sales. Such deals are different than more traditional secondaries in which limited partners sell portfolios of fund stakes.

A spokesman for TPG declined to comment. Sources stressed the fund is not out in the market yet and nothing has been finalized.

TPG hired Michael Woolhouse in July to create and lead a secondaries platform pursuing deals in Europe and the US. Woolhouse led secondaries at Canada Pension Plan Investment Board before joining TPG. The strategy would be an extension of the firm’s early move into secondaries, when it took a minority interest in 2018 in NewQuest Capital Partners, which focuses on secondaries in Asia-Pacific.

The firm also has completed its own secondaries deals. CPPIB (under Woolhouse’s leadership) led a tender offer on TPG’s second growth fund, a 2011 vintage, $2 billion pool. In a tender, existing LPs get the choice to sell their stakes in the fund to a pre-selected buyer at a pre-set price, or not. There is no continuation pool created in a tender offer.

Secondaries would be the latest in a series of strategies TPG has added to its platform over the years alongside its main private equity business. Other strategies include growth equity, impact investing, credit, biotech, real estate and even a platform that raises special purpose acquisition vehicles.

Other firms that have added secondaries capabilities include Brookfield, Stone Point and BlackRock. More are expected to add capabilities as more managers look for ways to sort out older funds, and secondaries become increasingly mainstream.