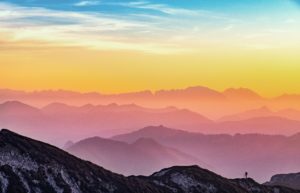 TPG Growth is getting back into the market with its largest mid-market and growth equity fund to date.

The firm launched TPG Growth V, targeting $4 billion, according to board members from New Mexico Education Retirement Board. The fund will focus on the healthcare, business services and technology industries.

“[TPG has] developed deep expertise and approval success in deploying capital within these sectors,” Kamal Maruf, a director at Blackrock who provided information on TPG’s fund, said at the New Mexico ERB meeting.

McGlashan left the firm (TPG says it fired him) last year after federal authorities charged him with fraud related to the nation-wide college admissions scandal. McGlashan has denied wrongdoing.

“TPG Growth is the single largest GP relationship that New Mexico ERB has across its private equity platform,” Steve Neel, New Mexico’s deputy CIO, said at the meeting. “To date we have $300 million committed in four separate funds.”

“What’s particularly impressive about the growth platform is its impairment rate, which is less than 10 percent,” Neel said.

Washington State Investment Board also invested with TPG’s latest at its July meeting. The system committed up to $400 million to TPG Growth V, an investment document showed.

Information on the fund’s management fees and preferred rate are unavailable. TPG did not respond to request for comment.