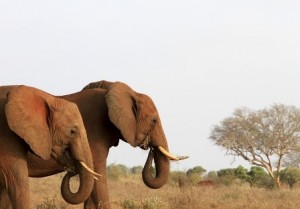 TPG is a newcomer to Africa while Satya’s interests range from healthcare in Nigeria to manufacturing in Tanzania.

Satya will also make available an extra $300 million to $400 million for investment under the tie-up, Ibrahim told Reuters.

“Actually it is much more than that because we will leverage this money as well,” Ibrahim said in a telephone interview. “We are going to look at everything from $1 million to $200 million or $300 million investments.”

The partnership is a special purpose vehicle called Satya-TPG, and the companies, in a joint statement, said it would focus on businesses in healthcare, information technology, consumer and financial services, among other sectors.

William McGlashan, managing partner of TPG Growth, told the Financial Times, which first reported the partnership, that Africa is the last major market in which his company has not yet invested.

Ibrahim said the idea for a partnership came up when Satya and TPG executives spent a weekend at the house of U2 frontman, Bono, a mutual friend, who has long had an interest in Africa.

(Reporting by Duncan Miriri for Reuters; Additional reporting by Freya Berry in London and Aastha Agnihotri in Bengaluru)