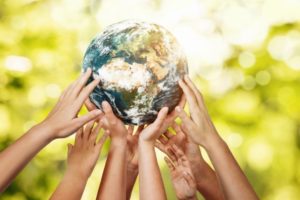 Private equity titan Jim Coulter, co-founder and co-chief executive officer of TPG, recently told one of its large limited partners that the private equity industry will have to embrace innovation, partially despite itself.

“The reality of this industry is it’s almost designed to destroy innovation,” Coulter told Oregon State Treasury‘s state investment council January 28. “The best way to raise money is to say, ‘five years ago I did this deal, I made a bunch of money doing it, and if you give me money, I’ll do the same deal for the next five years.’ That’s a great way to raise money, but it’s a terrible way to invest.”

That has changed over the last decade, though, Coulter said. LPs got better at choosing new funds to invest with, and more diverse talent entered the PE industry, creating an environment where first-time funds began outperforming established firms and other strategies within firms started outperforming flagships. In this much more complex market, LPs will have to figure out how to “express innovation.”

Private equity is well-positioned to take the lead in innovation, though, Coulter said, because GPs are able to exert more direct control over their companies than public markets investors. He referred to PE investors as “investors with a more complete tool set.”

As an example, Coulter cited the last time he addressed Oregon’s board, in 2018, when chairman John Russell challenged him on gender equity at the firm, as Bloomberg reported.

Coulter said his firm decided to take action, and was able to do so more nimbly than publicly-traded companies run by boards accountable to stakeholders.

“We woke up two years ago and said we can do better,” Coulter said.

TPG built a 1,500-person database and has now added a hundred women to its boards and is making a wider diversity push.

“Private equity governance allows you to just do it, and that is powerful” Coulter said.

Coulter also discussed the next paradigm in the private equity industry, which he dubbed “the Era of &.”

“It’s not only what you do, it’s how you do it,” Coulter said to the council, which met via teleconference due to the coronavirus crisis. Investors are asking corporations to do what they do better and in a more responsible way, he said.

“The idea of holding your GPs and holding yourselves to this right balance of what you do and how you do it is going to be one of the big themes and a welcome theme of the coming decade,” he said.

One of those focuses will be both impact investing and more climate-friendly investing. TPG’s Rise Funds have focused on impact investing, and last year it launched a climate fund to be run by Coulter and former Treasury Secretary Hank Paulson, according to the New York Times.

“The climate revolution is going to look like the digital revolution of the last 30 years,” Coulter said.

Updated to add that both Coulter and Hank Paulson will be running the TPG climate fund.