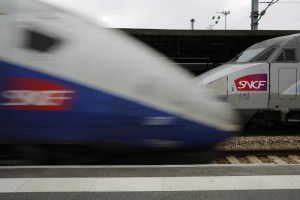 Direct lenders previously offered unitranche loans, which are blended senior and subordinated loans with one interest rate, but are now branching out and are able to offer large senior loans on attractive terms after raising senior loan funds.

Direct lenders initially needed high returns, but banks are now offering leverage for their new funds, which is allowing them to be more flexible and offer more competitive margins similar to banks.

Borrowers previously used clubs of banks to fund smaller buyouts, but bigger deals are now being financed on a club basis as more direct lenders are able to make large commitments as a lender of record. This increased availability of senior debt is encouraging private equity firms to think beyond the syndicated loan market when considering how to fund a buyout or refinance leveraged loans.

“The concern is that there is the potential disintermediation of syndicated lending if sponsors are going straight to direct lenders. It is changing the landscape in the upper mid-market space in terms of what’s on offer. It undermines our business,” a loan syndicate head at a bank said.

Ares and GE provided the largest commitment on thetrainline.com of 50 million pounds, which is the first investment for their 3 billion euro joint venture European Loan Programme (ELP), which was set up in 2014. The ELP provides senior secured loans to larger middle-market corporates and can lend 50 million-150 million euros with returns of five to seven percent.

The ELP’s 50 million pound commitment to thetrainline.com was part of a 205 million pound, seven-year TLB which was also provided by AIB, Bank of America Merrill Lynch, Bank of Ireland, Barclays, Commerzbank, Credit Agricole, HSBC, IKB, Mediterranean Bank, Mizuho and NIBC. 3i will also invest in the TLB when the deal is complete. The financing also included a 60 million pound, six-year revolver.

Buyer KKR was able to obtain terms on the deal which could only have been achieved previously by syndication. The TLB pays an interest margin of 500bp over Libor and has only one leveraged covenant. thetrainline.com’s existing financing under previous owner Exponent was a unitranche loan that paid 750bp over Libor, with a one percent Libor floor that had call protection and four covenants.

Direct lenders are aiming to provide whole loans with clubs of around four non-bank lenders. Some banks report that borrowers are asking to be refinanced out of loans that have been provided by direct lenders with margins as low at 375bp with no Libor floors.

“The benefit of working with direct lenders is that they can commit big tickets, giving a borrower certainty of price and execution. It provides momentum to get a deal closed, with the benefit of taking pricing flex risk off the table,” a direct lender said.

Bankers however warn that direct lending clubs are undercutting the market.

“If a borrower opts against a syndicated deal, there is more negotiation as they have to herd multiple different lenders to the same point as opposed to picking the best of the pack. The worry is that you get to a situation similar to pre- crisis where lenders are putting money into the system without the appropriate risk reward and without the checks and balances from the market that you get in a syndication process,” the loan syndicate head said.

KKR’s acquisition of thetrainline.com from buyout firm Exponent in January derailed the company’s planned London stock market listing. Trainline was established in 1999 and is the most downloaded travel app in the United Kingdom.