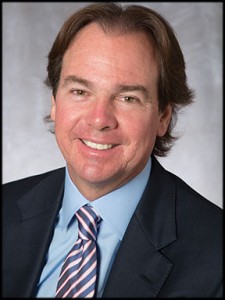 But long-time Partner and Chairman Charlie Ayres said he is concerned by market trends that remind him of the peak of the last business cycle. Purchase price multiples and leverage multiples are nearing levels last seen in 2007. Although earnings don’t seem to be peaking now as they were then, the environment has dampened the appeal of doing big leveraged deals, he said. “With the uncertainty in the economy, it’s not something we aspire to.”

Instead, the firm is looking at deals involving entrepreneurs and family business owners. Trilantic Capital historically has made control transactions about two-thirds of its business, where the firm acquires 51 percent ownership or more. The remainder, and these are looking appealing now, are the one-third of its deals that involve minority positions, typically 30 percent to 49 percent ownership, which Ayres called “power minorities.”

These owners are not looking at selling their businesses, but they are interested in taking capital off the table or deleveraging their businesses. “We’re still pricing that equity no differently than we would in a change-of-control deal,” Ayres said. “We’ve done it six or eight times already. The results are already in,” he said. “We’re not giving up return.”

In one recent example, Trilantic took a minority position in the Italian fashion company Betty Blue SpA in October, partnering with entrepreneur Elisabetta Franchi to focus on further international expansion.

Limited partners appear ready to follow Trilantic Capital wherever it wants to go. Trilantic Capital Partners V (North America) LP, its first stand-alone fund since it emerged from Lehman Brothers, closed at its hard cap of $2.2 billion, topping its initial target of $2.0 billion. It is also bigger than its predecessor fund, which closed at $1.9 billion in 2007, with about half of the commitments from new investors, while more than a quarter came from non-U.S. LPs.

From June 1999 to June 2002, Ayres was head of North American private equity for Deutsche Bank, where he deployed $1.2 billion for the bank’s principal investing business. After Josef Ackermann began running the bank in 2002, however, Deutsche Bank’s support for the buyout business waned.

Ayres would go on in early 2003 to become a founding partner at the Deutsche Bank spinout, MidOcean Partners, which was led then as now by CEO Ted Virtue. But the lure of institutional affiliation remained, and less than three months later Ayres joined Lehman Brothers as managing director and head of the firm’s global merchant banking operation, drawn by the chance to lead a generational change with the retirement of Alan Washkowitz, a Lehman Brothers veteran of 30 years.

“I decided to break back into jail and go back to an affiliated model, because I had seen the power of it,” Ayres said, citing other successful firms that operated within larger institutions, including Chase Capital Partners, the old Chemical Ventures, later a part of JPMorgan Chase and now doing business as CCMP Capital Advisors LLC, DLJ Merchant Banking and Citigroup Venture Capital.

Lehman Brothers Merchant Banking raised $4.5 billion in Funds III and IV while Ayres was at the helm. The parent contributed 15 percent of that $4.5 billion, and $100 million came from employees. “It was working for us, and it was working within the Lehman culture,” Ayres said. But the market was topping, with 2007 the most prolific year in private equity, in terms of number of deals, the largest deals, the most money deployed, Ayres said. “It probably will also be the worst vintage year for private equity ever.”

Other known limited partners include the Public Employees Retirement Association of Colorado, the Illinois Municipal Retirement Fund, the Montana State Board of Investments, the Teachers’ Retirement System of the State of Illinois, TIAA-CREF and the Virginia Retirement System, according to the Thomson One database.

Trilantic Capital has now done more deals as an independent firm than it did as part of Lehman Brothers, Ayres said.

Lehman Brothers Merchant Banking largely sat out 2007, doing no new platform deals in the face of what seemed like high multiples on earnings and on leverage. As the economy slid into recession at the end of that year and rival Bear Stearns collapsed in March 2008, the team began to see opportunity, and by the start of September it had agreements on three new deals, including SRAM Corp, a Chicago-based maker of bicycle parts. Capital calls went out on Sept. 11, Ayres recalled.

Lehman Brothers filed its Chapter 11 bankruptcy petition on Sept. 15. In the chaos that ensued, the team scrambled to hold their deals together. They were able to arrange bridge financing, and all three deals closed as scheduled. The bike supplier would go on to achieve high returns, with Trilantic earning 2.4x on the investment after a 30 month holding period.

In the meantime, the fate of the buyout business hung in the balance. ”They needed consent from the LP base to effect a change of control for the management company and the GP,” he said. “The limited partners were in control of our destiny despite what Lehman wanted to do. They felt the way to maximize value was to facilitate a way for us to be outside the estate.” Ayres gave special credit to Danny James, partner, head of Trilantic North America and member of the firm’s executive committee. “We would have never made it out of the estate without the superb navigation of Danny James, head of North America,” Ayres said.

LPs, faced with choices to liquidate the portfolio or sell to a third party, opted instead to back a management buyout of the business, which found an investor in the Luxembourg-based investment firm, Reinet Investments SCA, the investment vehicle of South African billionaire Johann Rupert. The investment banking boutique Evercore Partners later agreed to make commitments to Funds IV and V.

Other asset management businesses were grouped together under the venerable name of Neuberger Berman, founded in 1939 and acquired by Lehman Brothers in 2003. Neuberger Berman itself has been expanding its efforts recently in alternative finance.

Ayres sounds almost wistful when he talks about Lehman Brothers.

The Wall Street banking house provided a global network, sourcing on deals, expertise in many economic niches, and a capital foundation for its funds, Ayres said. “I enjoyed working in an institutional setting,” he said. Had it not been for the financial crisis, he added, “We would never have spun out from Lehman Brothers. We were happy being affiliated. We ware raising capital, doing the right deals at the right time.”

As for the future of the firm, Ayres said a return to the old institutional model is unlikely because of the Volcker Rule. Part of the Dodd-Frank financial reform law that was drafted in response to Lehman Brothers’s collapse and the financial crisis, the Volcker Rule imposes sharp new limits on banks’ participation in private equity funds—ironic, since the private equity business is one part of Lehman Brothers that emerged unscathed from the firm’s collapse.

But perhaps Trilantic Capital could become more institutional itself, expanding into other products, liquid markets, mezzanine funds or geographic expansion, Ayres proposed, before adding quickly that the firm has no firm plans on such expansions.

“We have commitments to our LPs,” he said. Still, he added, “I would like to think there is room for growth.”