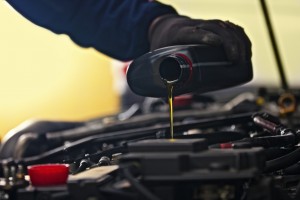 Trivest Partners made a 10x cash-on-cash return with its sale of Take 5 Oil Change Inc to a Roark Capital portfolio company as one of the best-performers in the 35-year history of the firm, according to a source.

Driven Brands, a Roark-controlled automotive-franchise company with $2.1 billion in sales, paid an undisclosed sum for New Orleans-based Take 5 Oil Change in a deal that closed on March 30.

Trivest, based in Coral Gables, Florida, invested in the company in 2011 and in 2013 recruited Marc Graham, an automotive-industry veteran, as CEO of Take 5.

Billed as the fastest-growing quick-lube chain in the country, Take 5 offers a fast-food-like experience with a drive-up menu board and service in a few minutes while drivers wait in their cars. The company currently owns and operates more than 70 stores in Alabama, Georgia, Louisiana, Mississippi, North Carolina, South Carolina and Texas.

This story has been updated to correct the number of stores operated by Take 5 and to add Georgia and Texas to the list of states.