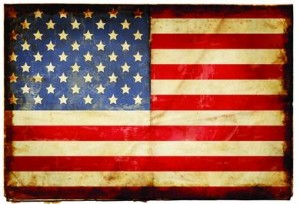 The US venture capital industry is likely to shrink significantly over the coming two years. Exit opportunities have disappeared, with just six IPOs registered in 2008. Trade sales are equally scarce, as corporates lick their wounded balance sheets. Sources of funding are in short supply and the holding period for VC funds is gradually rising. For many start-ups, particularly those funded two or three years ago, who are reliant on picking up business this year and next, the future looks bleak.

“We will see a contraction of VC-backed businesses over the next two years as they fail to raise second or third round funding. Companies will shut,” says Mark Heesen, president of the National Venture Capital Association. Describing the exit market as ‘abysmal’, Heesen is nevertheless upbeat over the longer term prospects for the sector. “Venture capital is still open for business. It continues to be an incredibly good innovator. And president Obama’s statement of investment in infrastructure, in the power grid and in broadband, will move us forward. We will weather the storm.”

President Obama’s election has certainly raised spirits in the VC community, on many different levels. His pledge to invest somewhere over US$9bn in the broadband network has cheered IT investors and high tech start-ups. His embrace of senior VC figures has been applauded, with the appointment of John Doerr (partner at Kleiner Perkins Caufield & Byers) to his economic rescue advisory panel. Coincidentally, Kleiner Perkins Caufield & Byers announced in February this year that it had raised another US$1.25bn to invest in companies through four of its existing funds. The company is looking for a further US$750m to invest in other funds, so having a man at Obama’s elbow is no bad thing.

The president’s decision to reverse the ban on funding for stem cell research will also help to boost US scientific start-ups, according to industry sources – funding for this purpose had leaked overseas under the Bush administration – and his support for cleantech research will feed through into the VC industry.

VC investments in clean tech reached a new global record of US$4.6bn in the first three quarters of 2008, according to research from Ernst & Young. Solar and wind markets were particularly sunny and breezy, while electricity generation technology buzzed along nicely. European cleantech companies attracted €481m of new investment, a 67% increase over the first three quarters of 2007.

“Prior to the US presidential elections the country was a lot more depressed and pessimistic,” notes Barry Maloney, partner at Balderton. “Obama getting into the chair has improved morale and outlook.”

Balderton is one of the few international VC companies to have kept its fundraising, investments and even its exits at a healthy level as the recession took hold in the second half of 2008. Its Balderton IV fund raised US$430m by the time it closed on 12 January 2009, it sold MySQL to Sun in 2008 and a stake in Betfair to Softbank valuing the online betting operation at £1.5bn.

Even so, Maloney casts a realistic eye over the current environment. “Bankers are taking a view over whether a company is showing enough promise, whether to give it more cash to take its product or service to market. But the cost of capital is higher than before and VC-backed companies do not have the sources of alternative funding they had before.”

Maloney argues the US VC market will contract, as it moves away from a period of over-funding. In Europe, by contrast, “there is one-twentieth of the opportunity, but also one-twentieth of the competition.” He sees good prospects for start-up companies that are funded now, and will be ready to look for revenue opportunities in two years time, once the global economy has restarted.

Such is the uncertainty surrounding the current economy that Balderton is conducting quarterly rather than annual budgets for its portfolio firms, “something we’ve never done before,” says Maloney. In September 2008 a company-wide decision was taken to tighten all financing, something that has proved to be foresightful.

At DFJ Esprit, chief executive Simon Cook argues that IT companies funded by venture capital have a similarly robust defence against current conditions, having survived the dot.com bust and embraced globalisation in the succeeding years.

“The way that Silicon Valley created valuable companies with risk capital has been replicated around the world and continues to grow,” says Cook. “The model is now a global phenomenon, because of the internet. Each region of the world sees brands emerging, and the internet allows VCs to invest in start-ups wherever they are in the world.

Cook believes that the overall VC spend is likely to remain stable, at somewhere around US$35bn, but that the US share of this pie, currently standing at 80%, will drop to around 60%, as China, India and Europe offer more attractive investment destinations.

“The US market has peaked, and the amount invested is coming back down to around US$22bn, the level it was at in 2004,” says Cook. “The rest will be deployed elsewhere. Capital follows returns and these have been good in Europe, China and India. People are choosing to back VCs with strong track records. If you’ve made money, you can get funding. Otherwise, it doesn’t matter where you are.”

China already saw a significant uplift in VC funding in 2008, with a record US$7.3bn raised, 33% higher than the year before. The nation of 1.3 billion people has at least 624 million cell phone users — the most in the world — and 300 million Internet users, also the world’s largest. “China will definitely be one of the top two or three centres of venture capital in the world,” says Gavin Ni, founder and chief executive of Beijing-based research company Zero2IPO Group. “Even in this down economy, the China market is dynamic.”

Annual Chinese investment records were set in business and financial services, consumer goods and consumer services industries, according to Jessica Canning, global research director at Dow Jones VentureSource. “It’s clear that venture capital investors are still eager to put money into this emerging marketplace and, in many areas, they’re actually accelerating the pace of their investments,” says Canning.

In Europe, various positive factors have emerged for VCs as a result of the global recession, according to Simon Cook at DFJ Esprit. “In today’s markets, good management talent is more available, the cost of inputs from suppliers has fallen, and media is cheaper to buy. There will be a lot of pain as companies fail, but for every one that goes bust, two will prosper,” says Cook.

The tech sector, having lost a third of its businesses in 2001, is now more ‘fleet of foot’ when it comes to making financial adjustments. “Small tech companies have never been able to borrow,” Cook points out. “So they’re not suffering for lack of credit.” Indeed, the larger international tech companies are sitting on a pot of cash worth many tens of billions of dollars, a sum that will help keep many tech start-ups afloat in the coming years.

The rise of venture secondaries

In Europe and the US, a new pattern of VC investment may be appearing, says Cook. “Instead of an IPO or a trade sale, I think VC buying from one another will become a more common trend. Some VCs may just want liquidity, rather than forcing an IPO or sale. Around a third of our capital has been involved in these kind of secondary investments,” he says. “It is turning into a third option.”

Cook cites the £24.2m acquisition of Prelude Trust by Coller Capital in June 2008 as an example of secondary VC investment. Coller has since become the largest shareholder in SVG Capital, in a £50m deal completed in January 2009.

For many VCs, this type of exit would be a welcome development, as trade sales followed the downward trajectory of IPOs during 2008. Just 325 sales were registered in the US, according to Dow Jones VentureSource, the lowest figures since 2003. IPOs themselves have suffered due to the lack of appetite from the large investment banks such as Morgan Stanley and Goldman Sachs to take VC-funded companies public, since they are dealing with their own woes.

Some commentators argue that a reallocation of resources from the US to Europe is overdue. “I’ve been a long term supporter of European VCs,” says finance author Guy Fraser-Sampson. “I think US venture capital should now be seen as a less attractive asset class, which should mean more opportunity for Europe.”

The fact that European VCs are having as much of a struggle as their American cousins to raise funds is down to the irrational behaviour of LPs, says Fraser-Sampson. “They’re throwing money into mega-buyout funds, but they aren’t prepared to fund European venture. It’s just blind prejudice. They’re only managing to raise a tenth of what’s really needed.”

Fraser-Sampson is calling on the industry bodies – the EVCA and BVCA in particular – to redouble their efforts to educate LPs. “There’s still a lot of money going into buyouts,” he complains. “It’s a classic example of investment being driven by emotion rather than reason.”

For VCs themselves, whether in the US or Europe, there is the growing problem of lengthening hold periods, as the prospect of a moribund exit market stretches into the middle distance. It will take collective nerve, from VCs, from their funders and from the investee companies, to see out this extended period of uncertainty.