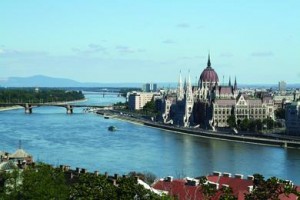 With increasing investment going into CEE businesses, environmental issues are often of crucial importance, not least given the lack of attention paid to industrial sites during the communist era. Contaminated land and groundwater are frequently a risk, but it can be hard to find out information about a particular site’s history.

Peter Temesvary, managing director of consultants ERM’s Budapest office, says that the main challenge is trying to meet expectations of the ASTM standard. This is a collection of internationally agreed technical standards for different materials and products, which is commonly used in EDD assessments. “With few exceptions there is simply no such thing as publicly available records in Eastern Europe,” he says: “Reliable databases of polluters or contaminated sites simply don’t exist and in many countries aerial photographs and historical maps are still considered military secrets.”

Uwe Senftleben, who co-ordinates consultants URS’s CEE operations, says that in Poland it is easier to access information from databases if you have a good relationship with the regulators: “It is important to meet with Polish authorities and establish a positive, professional and personal relationship with them. Local connections are extremely helpful in Poland.”

Often, to assess soil and groundwater contamination consultants must rely heavily on on-site observations and interviews with people who know about the site’s history. Usually such people can be found, says Temesvary, such as site maintenance staff at industrial facilities. “Many of these guys seem to have been around for decades, regardless of how many owners the site has had,” he says. But in the coming years these staff will be retiring, making it much harder to trace a site’s history.

There is often not a significant variation, in terms of accessing information, between CEE countries that are established EU members and those that have recently joined or are still waiting, says Temesvary: “Getting reliable information from authorities is just as hit and miss in Hungary and the Czech Republic as in Bulgaria or Serbia. In Hungary, for example, there is one database of potentially contaminated sites but it has not been updated in nearly a decade and only the authorities have access to it.”

According to Uwe Senftleben, there can be a lack of consistency when it comes to local requirements and the permits that are granted: “Permits do not always have the expected level of environmental control in line with the locally implemented EU directives, or they require measures that are not considered best practice in the West.” He adds that in other cases permits may have more stringent requirements, with unrealistic time frames for implementation.

Dealing with regulatory authorities in the region can also be problematic. “Arranging meetings is not difficult in and of itself, but it means that getting the right information is wholly dependent on being lucky enough to find someone who is willing to help out,” says Temesvary. He adds that one complicating factor can be that often regulators are willing to provide information but only after receiving written request, which they have at least 30 days to reply to. This is generally far longer than the time period allotted to a typical EDD assignment.

When it comes to phase two EDD assessments, in which samples of soil or groundwater need to be tested, Temesvary says that generally local laboratories in the CEE are able to carry out the testing: “There are some very good labs in countries like the Czech Republic, Poland, Hungary and Romania.” When the firm works further south and east it generally ships samples out of the country, not because it does not trust local labs but rather because the firm does not do enough routine testing in those countries to have established local partnerships.

In terms of the general attitudes of environmental regulators in the CEE, Temesvary says that there are large variations between countries and even between regions. He says: “For example, in Hungary there are some regional environmental authorities who are very proactive and innovative in their approach to problem solving or in selection of remedial technologies and there are others which will approve only technologies or methods which are considered obsolete in the US or Western Europe.”

Temesvary dismisses the view that foreign companies are sometimes treated more stringently by regulators than local businesses and that fines are often levied unfairly: “In our experience the opposite can be true, in that if authorities see that a company has high standards, for example because of its corporate requirements, then they certainly appreciate that.”

He adds: “In the end, these regulators are people too and they appreciate being made part of the decision-making process and western companies are more likely to involve the regulators early on. Of course, some regulators are more open to new ideas, while others will do things strictly by the book.”

Temesvary acknowledges that some investors may fear that if they buy contaminated land, which has been left along for decades and that seemingly no regulator cares about, the authorities will immediately hit them with a clean up order because they are seen as rich westerners. “We have never seen any instances of that directly, but it is certainly not outside the realm of possibility.”

The outlook for the future in the CEE, he says, is that there will be more information available: “There are movements towards establishing reliable databases and some structure for making information publicly available. But it will be at least 10 years before we see anything close to the level of access the public has in the US.” Satellite imaging is becoming increasingly available but does not help much in trying to trace the history of a site going back 10, 20 or 30 years, he adds.