The government’s small business investment company program is losing some of its luster among managers as long licensing times and the recent government shutdown hamper LPs’ ability to reliably deploy capital to government-backed small-business funds.

GPs and LPs alike complained to Buyouts about long wait times for SBIC licenses — and that was before the government shutdown worsened the backlog at the U.S. Small Business Administration. Most say SBICs still offer attractive opportunities for investment, but many are concerned that the program is trending in the wrong direction.

While some delay should be expected whenever a presidential election leads to turnover of key SBA staffers, the transition between the Barack Obama administration and Donald Trump administration had unexpected slowdowns, especially for a program that is popular with both Republicans and Democrats, Kromkowski said.

“There are so many great things about the SBIC program, so it’s a real disappointment when it’s not active and run as effectively and efficiently as it could be,” said David Helgerson, a managing director at Hamilton Lane.

“I think that [the slowdown] could at some point cause institutional investors to look elsewhere and have less confidence in the commercial viability of the program. I don’t think that that’s happened yet, though, and I hope that it doesn’t.”

Many sources familiar with SBIC licensing declined to speak on the record, afraid to criticize a program that they support.

One GP said it was pursuing alternatives to a planned SBIC fund after its license lingered in limbo for two years. An LP from an insurer said his institution has been forced to look outside the SBIC space to deploy capital to the smaller private equity space.

The SBIC program, created in 1958, enables GPs to combine private capital with government-backed leverage to invest equity and debt in qualifying small businesses.

GPs like the program for cheap leverage that can potentially triple their available capital. For example, a GP may raise $20 million from LPs and then add another $20 million to $40 million in leverage.

And LPs like the program because it effectively increases the size of the GP while the LP has to pay fees only on the capital the fund raises.

Furthermore, LPs such as banks and federal savings associations support the program because it is exempt from the Volcker Rule, which generally prevents or greatly limits banks from owning or investing in PE funds.

Portfolio companies benefit, too, by seeing an increased flow of capital in the smaller end of the middle market. The SBIC program also gives small businesses a way to accept PE investment without losing access to other federal programs, like government contracts set aside for small business.

SBICs are, by definition, small, with a focus on the smaller end of the middle market and a leverage maximum of $175 million for each individual SBIC fund, so they wouldn’t necessarily appeal to large investors. But for investors who want access to that space, they are broadly popular.

The program is also popular with lawmakers of both parties, and a recent Library of Congress report concluded that one new job was created for every $35 of net government spending on administering the SBIC program.

Operating an SBIC requires a license from the federal government, and those licenses aren’t coming fast enough to meet demand, sources said.

The process for setting up an SBIC has never been quick or easy. A management team must go through an initial two-month review that includes a management assessment questionnaire, due diligence and an interview.

A second phase begins with an SBA “green light letter” and starts a pre-licensing period of up to 18 months. In this time the SBIC fund must file a full license application, secure binding investor commitments (generally $15 million to $25 million), pay an application fee (currently $25,000), and make its first call of LP capital ($2.5 million or more). Finally, the fund must secure a formal license that allows the SBIC to access debt.

It’s that last step that has investors worried, as complaints mount that the Trump administration’s Small Business Administration is taking too long to grant licenses.

SBA’s numbers show the average licensing time rose to 8.2 months in 2017 from 5.1 months in 2016. Sources said those numbers don’t tell the full story because they don’t count license applications that the SBA simply rejected as a result of an inability to schedule due-diligence meetings with the government.

The total number of SBICs with access to debt was flat in the first year of the Trump administration, at 227, after increasing every year since 2014. Frustration with the process has caused new license requests to decline, sources said.

SBA Administrator Linda McMahon “has been pretty positive about the program generally, but there’s a little bit of a disconnect between the policy and the implementation,” said Kromkowski of McGuire Woods.

“If you were to take the Trump agenda on its face, it’s about supporting American business, smaller businesses, and all of that sort of corresponds with the SBIC program’s goals. I think many in the industry are somewhat frustrated.”

The government shutdown has made things worse, as the backlog of licensing work grows and the SBA plays catch-up on a whole host of issues left neglected while its employees were furloughed.

SBA staff was furloughed and unavailable when Buyouts requested comment.

The shutdown also altered how SBICs were able to draw leverage. Even licensed SBICs need SBA approval to draw on their leverage, and SBICs that hadn’t alerted the SBA before the shutdown might not have access to their leverage.

“With the shutdown nobody can access [the] debenture program,” one GP said. “If you can’t draw down debt, you could call down LP equity capital if its available. But if not, do you put transactions on hold?”

LPs aren’t happy with the possibility that their capital will be called in lieu of SBA-provided leverage. That scenario could arise not only during a shutdown but also during the “green-light” period before final SBA licensing grants access to leverage.

“If they can’t draw down leverage, they’re funding deals with all equity with an effective management fee drag of up to 6 percent,” said a portfolio manager for Kemper Corp, an LP in SBIC funds. “At some point that’s really going to eat into our net returns. The slowdown is definitely front-of-mind in terms of our requirement to deploy capital.”

Many SBICs put in requests for leverage approval in December, hoping to get out in front of a shutdown that they saw as likely.

The short term reopening of the government will likely cause a similar swell of SBIC engagement with the government, as SBICs pressure the SBA to provide license signatures or meetings, or draw approvals, before another shutdown, according to sources.

Going forward, some investors expressed doubt that the Trump administration could get the process back on track quickly. 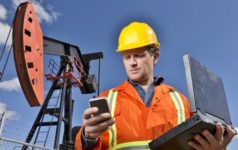 News and Analysis 12 hours ago