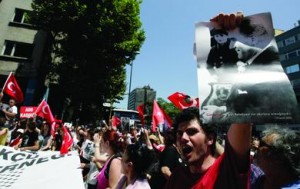 A few months ago it seemed that private equity in Turkey was beginning to emerge as a legitimate asset class, with six deals completed until July, compared to four for the whole of 2007 according to Thomson Reuters data. On paper, the country is a good prospect: it has a cheap labour force, a population of 71 million, half of which are under 30, an expanding middle class and an economy more developed that many of its emerging market peers.

Now, with allegations of an attempted government coup, the risk profile of the country has taken a sharp upward turn. However, despite this turmoil, both international and local private equity firms are casting an eye over the country as a prospective market.

The Turkish economy certainly needs a kick-start, and private equity could be the answer to the funding problem faced by Turkish businesses which are finding local financing either expensive or unavailable, and those which chose to borrow in low rate currencies are saddled with currency risk.

The largest ever Turkish LBO occurred this February with BC Partners acquiring 51% of the prevalent supermarket chain Migros Turk TSA from Koc Holdings with a public offer for minorities to be launched on the Istanbul Exchange. The deal values the target at US$3.2bn, that’s about 21x its forecast 2008 earnings. The aim is to wrestle the grocery business away from the street vendors that control about 60% of the trade.

BC partner Nikos Stathopoulos said: “With its market leading position, strong brand, and extensive store network, Migros is ideally positioned to benefit from the rapidly growing organised food retail market, and the favourable demographic trends of the economy.”

This deal surpassed KKR’s purchase of 98% of shipper UN Ro Ro Isletmeleri for US$1.3bn in October 2007. The debt financing was arranged by Turkish banks and there is a commitment to provide funding for four new ships on order. UN serves truckers and exporters between Turkey and Europe and currently owns nine vessels calling from Istanbul ports to Italy’s Trieste. It transports a third of the truck traffic from Turkey to Europe.

KKR executive John Pfeffer stated at the time of the deal that trade between Turkey and the rest of Europe is set to increase, and that the firm will have more opportunities there after this opening deal.

But it’s not just international firms that are active. TurkVen has launched two funds and currently manages US$700m in private equity and real estate. The first fund was inaugurated in 2002 after the currency crisis, gathering US$44m. In 2007, it raised a US$428m fund, with half of the money coming from European sources and the rest from the Gulf.

TurkVen completed the first Turkish LBO in 2003 for UNO Bakery. They exited in 2006 by selling it back to the vendors at three times original cost. It regularly teams up with Advent International, gaining international experience, while contributing on the ground expertise.

Private equity in the country remained dormant until recently due to volatility in the Turkish market but FDI levels have jumped to about US$22bn in 2007. Scenarios of consecutive booms and busts and political instability made some wary.

Vassilis Karnapatis, Turkish financials specialist at Marfin Analysis, says macroeconomics have deteriorated with the consumer price index (CPI) at 10.7 %, the local overnight borrowing rate at 16.75%, and expectations of rate hikes. Currency appreciation could weigh on exports and will lead GDP growth from 6.6% in Q1 to 4.5% for 2008. The current account deficit will rise to 7% of GDP, so Turkey needs to attract hefty capital inflows.

Private equity investors had appreciated the stable and business-friendly face of the mildly Islamist AKP party from 2002 because it cut bureaucracy and taxes, but recent events have cast a shadow over investment prospects. With the Government facing trial before the constitutional court on charges of trying to impose Sharia law, which could result in the AKP being banned despite winning a landslide victory in general elections last year, investors are nervous about parting with their money. Marfin’s Karnapatis said the case won’t be decided before late August and early elections may come within six months.

Prospects of EU accession had made Turkey more attractive but the political crisis now embroiling the country could further stall membership talks.

There is no question that Turkey has risks on many fronts but by 2020 it will have a young population of 89 million consumers, and by 2050 its economy will equal the size of Italy. Private equity firms are likely to continue making selective, digestible investments looking for steady returns.