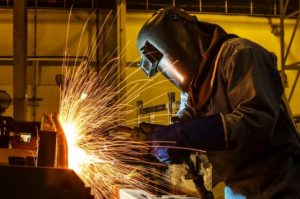 Founded in 2005, Monomoy was named after Massachusetts’ Monomoy Island, which features a lighthouse that guides vessels through rough Cape Cod waters. The metaphor is apt for the firm’s strategy, which focuses on turning around underperforming lower mid-market companies in North America’s manufacturing, distribution and consumer product sectors.

Monomoy makes control investments in businesses with values of up to $600 million. This can involve everything from buying assets out of bankruptcy or from a corporate parent, family owner or financial sponsor to securing debt as a means of eventually taking control. Once acquired, companies benefit from operational and financial changes intended to generate cash flow and improve EBITDA.

The strategy was designed by Monomoy’s founders, including co-CEOs and partners Daniel Collin and Justin Hillenbrand and partner Stephen Presser – all veterans of KPS, a long-time turnaround specialist. A key difference in Monomoy’s approach, relative to that of KPS, is the emphasis on the mid-market’s smaller end.

The economic fallout from covid-19 last year was expected to result in a wave of turnaround opportunities. Outside of certain hard-hit industries, substantial deal flow did not materialize, in part due to central bank liquidity and government stimulus programs. It is possible, however, that a more robust environment is on the horizon.

Monomoy has closed more than 50 acquisitions since inception. The portfolio holds a dozen companies, including Astro Shapes, a manufacturer of custom-finished aluminum extrusions. Its purchase, funded by Cerberus Business Finance, was announced in January.

Other recent platform deals include Mac Papers, a distributor of paper, packaging, envelopes and wide-format printing solutions. Monomoy last year bought the business for less than $240 million, or below 5x EBITDA, which was shy of the average market rate, PE Hub reported.

Monomoy was in 2020 involved in a dust-up with the SEC over fees charged to its portfolio companies. Regulators said the firm did not “fully or fairly” disclose to LPs charges for services rendered by an in-house operating group, Buyouts reported. Monomoy agreed to pay a $200,000 penalty, $1.5 million-plus in disgorgement and $204,606 in prejudgment interest.

Monomoy is also in the market with a first-time credit offering. It is targeted to raise $250 million.

Monomoy Capital Partners II was earning a 44.5 percent net internal rate of return and a 1.8x multiple as of June 2020, according to data published by California Public Employees’ Retirement System.

Monomoy did not respond to a request for comment on this story.