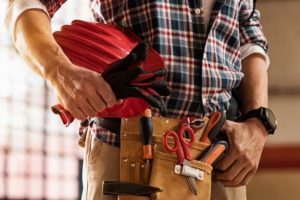 Tenex’s origins stretch back to 1999, when CEO Michael Green launched a fund to invest in underperforming mid-market businesses. Assets of the manager, called TenX Capital Partners, were acquired in 2004 by Cerberus, with Green becoming a managing director and president of Cerberus Operations. In 2010, he led the spinout of a team to create Tenex.

The New York private equity firm appears to follow the basic turnaround strategy developed by Green and his colleagues while at TenX and Cerberus.

Tenex buys control interests in companies, typically with EBITDA of $5 million to $35 million, that are commercially viable but operationally subpar relative to peers, according to its ADV filings. Opportunities are sourced in sectors like industrials, business services, healthcare, building products and auto aftermarket and acquired from owners like families and corporations.

Fund III will maintain this approach, investing in about 15 businesses, generally with revenue of up to $300 million and values of up to $250 million.

The economic fallout of covid-19 was expected to result in a wave of turnaround opportunities. Outside of certain hard-hit industries, substantial deal flow did not materialize last year due in large part to central bank liquidity and government stimulus. As this support is withdrawn, however, turnaround activity could pick up.

Tenex reported record activity in 2020, including the close of three platform investments, 11 add-ons and two distribution events. Its most recent investment, made last July, was the recap and merger of Consolidated Label and Online Labels, together a provider of labeling solutions.

In March, Tenex announced the sale of Custom Molded Products, a maker of pool and spa components. The buyer, Spain’s Fluidra, said the deal values CMP at $245 million. Tenex acquired the company in 2016 from PNC Riverarch Capital.

Tenex Capital Partners II was earning a 15.65 percent IRR as of September 2020, according to data published by NMERB. Fund I was generating a 14.92 percent IRR.

Tenex did not respond to a request for comment on this story.