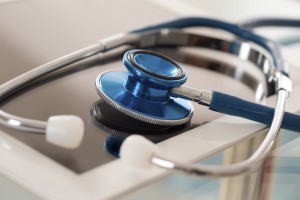 NMC Health Plc is paying about 12.6x ProVita’s adjusted EBITDA of $12.7 million for the 12 months ended March 31. Minority shareholders in ProVita include Olayan Group and Al Zarooni Emirates Investment. The deal is expected to close in the third quarter, TVM said in a statement.

Helmut Schuehsler, chairman and CEO of TVM Capital Healthcare Partners, said the private equity firm stands to generate “a very substantial return” on its 2010 investment in ProVita, but he declined to be more specific.

The firm raised $50 million for TVM Healthcare MENA I, with backers including Olayan Group, GE Healthcare and Crescent Enterprises.

TVM Capital Healthcare Partners invested in ProVita with an eye on demand for specialist long-term care in the United Arab Emirates. The firm invested in collaboration with the company’s founder, Christina Shawky-Boehme, who had set up a similar business in Germany in 1995. ProVita operates facilities in Abu Dhabi and Al Ain and employs about 400 doctors, therapists and nurses.

NMC Health, which is publicly traded on the London Stock Exchange, ranks as the largest private hospital chain in UAE, with 18 facilities in the country. It also has one location in Spain.

TVM Capital Healthcare Partners opened in Dubai in 2010 with a focus on the Middle East, North Africa, India and Turkey. It also operates out of offices in Beirut, Boston and Munich.

The firm traces its roots to 1983 as Techno Venture Management, which was backed by German conglomerate Siemens. TVM Capital raised its first venture fund in 1984 from its headquarters in Munich.