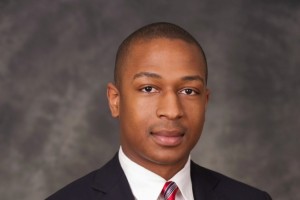 Guindo said he’s already raised about $5 million in capital with 50 percent equity for his first deal — building a Wyndham Hotel in the rapidly-developing Utica shale play in Ohio. The site is currently under construction. He’s targeting an internal rate of return of 25 percent for investors in the deal, net of fees, with a hold period of about five years.

Guindo is planning a second individual deal in the coming months, before launching his first fund under the name Drill Capital Real Estate Opportunities in 2014.

Guindo started out at a summer program at Lehman Brothers while at McGill University, and went on to cut his teeth at the investment bank after college. He later worked for Barclays, which acquired Lehman during the 2008 financial crisis, as part of a small team focused on Canada, and “got a ton of transactional experience,” he told Buyouts.

Prior to launching Drill Capital earlier this year, Guindo had worked since 2011 covering public equities in the energy sector for hedge fund Ospraie Management LLC.

“As I was working there, I developed the idea that I’m launching now: building businesses within developing energy areas that are going to do really well going forward,” he said.

Guindo said some of his former colleagues at Ospraie invested in his first deal.

He pointed to the success of Warburg Pincus portfolio firm Antero Resources Corp as evidence of strong investor interest and growth expected in the Utica shale of Ohio.

“You still have a lot of capital going there because the breakevens are low,” he said.

Rather than staying in the public equity or hedge fund space, Guindo said he was drawn to launch his own private equity firm because the returns look more lucrative in private markets and fewer players are focusing on real estate and service opportunities in up-and-coming energy regions.  Besides the Utica shale, he also sees opportunity in investing in infrastructure building up around liquid natural gas exports from the United States.

“At the end of the day, I’m an investor,” said Guindo, who counts Fidelity’s Peter Lynch and billionaire energy investor T. Boone Pickens among his influences.

“I like to look at the spectrum of opportunity-sets in my area of expertise, which is energy. Drill Capital is an alternative asset manager that looks at the energy space to see where are the best areas to invest, and where I can get the highest returns at the most appropriate risk level.”