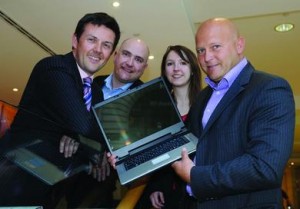 () a UK mid-market private equity firm, closed two deals last week, the MBO of , an IT provider to the public sector, in a £28m transaction, and the £20m MBO of licensed character household textiles company .

Stone Group, a Staffordshire-based company that employs nearly 200 staff, configures servers, desktop PCs and notebooks to order. It sells to a variety of clients within the public sector, with a specific focus on schools, further and higher education. It is also an authorised re-seller for a range of branded hardware products including IBM and Samsung.

James Bird, chief executive, founded the business in 1991 to assemble and supply desktop personal computer systems for further education colleges under the company name Omega. Following an MBO in 2005, the company changed its name and expanded through the acquisition of Compusys in January last year.

Bird will remain as CEO post-completion of the deal. advised Stone on the original MBO and has built a strong relationship with the management team over the past three years culminating in its appointment as lead adviser on this transaction.

Character World is a provider of household textiles and accessories including cushions, duvet sets and curtains featuring famous children’s characters such as Hannah Montana, Thomas the Tank Engine, and The Simpsons. The company sells through a wide range of UK retailers and catalogues such as Argos, Littlewoods, Asda and Toys R Us.

The deal will see chairman Tommy Schweiger sell his stake in the business. Sons Danny and Mark Schweiger will continue to run the company with Schweiger senior becoming a consultant.

Both MBOs have been financed through a combination of management reinvestment, funds managed by RJD and banking facilities provided by . They represent the third and fourth investments by RJD Partners through the RJD Private Equity Fund II.