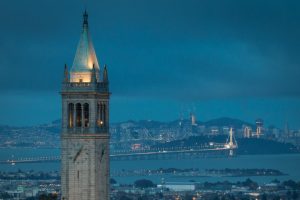 Two executives who left Golden Gate Capital have formed their own firm to focus investments on essential services businesses in healthcare and automotives, as well as food and beverage and education, sources told Buyouts.

The firm will likely launch its debut fund in early 2021. For now, Percheron executives are talking to potential limited partners about the first fund, which could target around $500 million, sources said. No target has yet been finalized, the sources stressed. Percheron declined to comment.

Percheron will be hitting the market at a time of uncertainty for new managers. Limited partners are generally sticking with their established relationships, with not much flexibility to commit to new managers.

First time fundraising numbers are down – with only about $6 billion flowing to first-time funds out of $127 billion total raised between July and September, according to fundraising data from Preqin.

However, the first-timers who are attracting capital tend to be those who managed to build up LP relationships, and track records, while at bigger shops. Some examples of those include Sky Island Capital, launched by Jack Waterstreet, former CIO of Insight Equity, and GHK Capital, formed by ex-Goldman Sachs industrials banker Gilbert Klemann.

Percheron is still in its early days. The firm has nine professionals, with four senior investment professionals, including Lawler and Collins, and Katie Misch and Terence Kwan, who both joined the firm from Golden Gate. Misch joined Golden Gate in 2014, according to her LinkedIn profile. It’s not clear how long Kwan worked at Golden Gate.

The firm also has professionals who focus on investments and operations, which is a key part of Percheron’s investment strategy, sources said.

Percheron is among several spinouts from Golden Gate Capital that will be looking for LP capital. Arcline Investment Management, formed by ex-Golden Gate executive Rajeev Amara, is raising its second fund targeting more than $2 billion, Buyouts reported this week.