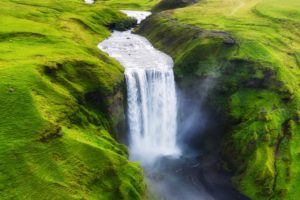 Investors in U.S.-based private equity managers have seen some measure of success in importing the use of the so-called “European waterfall” system of structuring private equity distributions, according to a new study from MJ Hudson.

The European waterfall refers to an arrangement wherein carried interest paid out at the end of a fund’s life, as opposed to the “American waterfall,” where performance fees are paid after each exit of a company in a fund, generally as long as they meet a performance hurdle.

GPs tend to prefer the American waterfall structure because it allows them to start collecting carry earlier. But, according to the MJ Hudson, 40 percent of U.S. managers were offering a European waterfall this year, a rise from 27 percent in 2019.

The study covers private equity and venture capital funds which came to market or raised capital in 2019, though some will have had a final close in 2020. The funds included in the study added up to $158 billion in capital commitments, MJ Hudson said.

Data is sourced from the firm’s database of fund terms. Of the funds covered in the survey, 41 percent were buyout funds, 32 percent were growth equity, 21 percent were venture capital and 6 percent were turnaround funds. It was not clear how many funds were in the sample and the firm did not respond to a request for clarification.

As Buyouts has covered this year, the industry-standard 8 percent hurdle rate is no longer gospel, either. The study found 68 percent of funds charged that hurdle rate. While that was an eight-point rise from the 2019 paper, it was significantly less than 76 percent in 2017 and 71 percent in 2018.

Moreover, the amount of funds charging no hurdle at all increased this year, to 29 percent of all funds, up from 23 percent in 2019 and 12 percent in 2018. As Buyouts reported, funds doing this over the last year include TA Associates and Thoma Bravo.