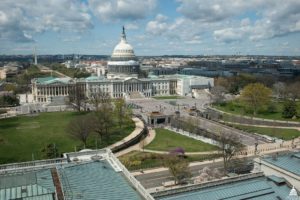 A new era is about to begin in the private equity world.

The Department of Labor issued guidance yesterday that managers of defined contribution plans like 401(k)s and IRAs would not violate their fiduciary duty under federal law by including private equity as part of their investment offerings accessible to individual workers.

This has been the dream pool of capital for private equity firms for years, representing potentially trillions of dollars. But it’s never been clear if those who administer such accounts would be willing to add risky investments like PE because of certain characteristics of the asset class — the long lock-up and illiquidity of private equity; the inability to regularly value PE assets; and the fear of violating a federal law called Employee Retirement Income Security Act (ERISA).

DOL also offered guidance on how DC fiduciaries should prudently consider incorporating PE into their offerings.

“This information letter will help Americans saving for retirement gain access to alternative investments that often provide strong returns,” U.S. Secretary of Labor Eugene Scalia said in a statement Wednesday. “The letter helps level the playing field for ordinary investors and is another step by the Department to ensure that ordinary people investing for retirement have the opportunities they need for a secure retirement.”

Scalia said the move came after President Donald Trump in May directed agencies to “remove barriers” to American’s ability to prosper in the face of the economic downturn spurred by the virus pandemic.

More than 100 million U.S. citizens make use of DC plans, with assets of more than $7.5 trillion, according to Vanguard. Last year, an average of 8.7 percent of assets of the 200 largest U.S. defined benefit plans were invested in private equity, according to a Pension’s & Investments survey last year.

Pantheon and Partners Group have been working toward this goal for years, and are prepared with products built for defined contribution plans.

The DOL guidance was necessary after a 2015 lawsuit by former Intel employee Christopher Sulyma accused the company and its retirement plan managers of increasing risk and costs, hurting plan participants, by including private equity and hedge funds.

The lawsuit left DC plan managers reluctant to add PE into their offerings for fear of violating their fiduciary duties under ERISA. Yesterday’s DOL guidance seems to obviate that fear.

“This is an important milestone for DC participants, the “main street” investors, who will now have an opportunity to build retirement wealth with diversifying investments that have historically been available only to large institutional and high net worth investors,” said Robert Collins, managing director at Partners Group.

“Partners Group was asked by prospective investors to seek this guidance from the DoL as there was concern around litigation. With this new guidance, that uncertainty has been removed. We welcome participation by the broader market, but currently only two managers, Partners Group being one of them, have developed solutions that meet the particular and explicit needs of the DC market. Therefore while it may take some time before other players develop the structures to allow investment by DC plans, they will likely see this as a positive precedent for them to follow.”

Challenges to creation of such products include daily liquidity, pricing and highly standardized purchase and redemption procedures, according to a Partners Group spokesperson. As well, as mentioned in DOL guidance, those who consider adding private equity into their offerings will have to understand the complexity of the asset class, which is different from public market investments.

DOL guidance “is a critical step toward improving retirement outcomes at a time when research estimates 50 percent of households are ‘at risk’ of not having enough income to maintain their living standards in retirement ,” said Susan Long McAndrews, partner and member of Pantheon’s Partnership Board. “We believe private equity has an important role to play in enhancing potential retirement outcomes and today’s announcement provides necessary clarity to plan sponsors that private equity can be incorporated as an allocation option under ERISA.”

Critics of private equity believe opening access to exposure to the asset class will put regular workers at too much risk, at too high a cost.

“Unsophisticated investors, self-interested financial advisors, and opaque private equity firms – what could go wrong? About half the funds launched in each year since then have underperformed the stock market. The high performing funds of PE firms are oversubscribed – ordinary individuals will likely have difficulty accessing them.

“Workers have socked away $6.2 trillion in 401(k) accounts and another $2.5 trillion in IRA accounts. PE has been lobbying for years to get its hands on even a fraction of these funds. If just five percent of the money in these retirement funds were available to private equity, it would be a windfall of $435 billion – real money even to private equity millionaires and billionaires. The value proposition for workers, whose retirement income will likely be eaten up by fees for returns that may not materialize, is much less clear,” Appelbaum said.