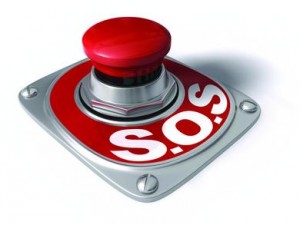 A ‘perfect storm’ of rising opportunities for VC-backed UK tech companies, flush with innovative ideas and managed by highly skilled entrepreneurs, together with an almost complete absence of funding, threatens to engulf the sector in 2009, according to many of the leading players.

“There is an incredibly high quality of dealflow in the industry,” says Richard Anton at Amadeus. “We’re seeing the best crop of entrepreneurs we’ve ever seen,” adds Jonathan Kestenbaum at the National Endowment for Science, Technology and the Arts (NESTA). “There’s now a much higher incidence of viable companies,” according to Callum Paterson at Scottish Equity Partners. “I don’t think there have ever been so many bright, qualified entrepreneurs with a sense of making a success in the market,” says Ken Olisa at Restoration Partners.

Such unanimity of view is unusual in the industry, but these are unusual times and (perhaps like the politicians who recently gathered in London for the G20), troubles have a habit of bringing people together.

More specifically, everyone seems to agree that capital funding has dried up almost completely, that the firms who traditionally supported the early stage tech sector, such as 3i and Apax, have moved ‘upstream’ to concentrate on later stage ventures that are closer to revenue production, and that (with the exception of some angel investors) nobody has moved to plug the gap.

Most of today’s tech sector entrepreneurs have been through the dot.com boom and bust, leaving them hardened to the realities of fluctuating markets; they are well-attuned to the needs of the global marketplace, having developed products and services which can be exported widely; they are addressing such crucial issues as sustainable energy, ubiquitous computing and data security; and many are already showing strong signs of growth and performance.

“The UK has done a great job of developing this eco-system over the past 15 years, so it would be a crying shame to let all that disappear for lack of funding,” says Richard Anton of Amadeus.

Anton, along with the majority of other industry players, stresses the need for government intervention and support for the sector, in order to prevent the loss of potential high growth companies and the employment and prosperity that would ensue.

“I think there is a much better case for government intervention for VC-backed companies than for the auto industry or for the banks,” he says. “We should be talking about the high value industries of tomorrow, rather than the toxic assets of yesterday.”

Anton points to a recent Belgian Government investment of €250m into a venture growth fund, an Irish innovation fund and a €318m package for biotech innovation announced by the Norwegian Government. As of early April, no such measures had been forthcoming from the UK Government, although there was a sense of optimism that science minister Lord Drayson has listened to industry concerns and some help could appear in the Budget.

At the forefront of the campaign to procure government support, the British Venture Capital Association (BVCA) has made its case with increasing vehemence over the months since September 2008, when the global economy began to turn markedly downwards.

“A lot of institutional investors still think of the tech sector in terms of the dot.com boom and bust,” says a BVCA spokesperson. “They’re reluctant to touch it, so we’re looking for ways to ‘de-risk’ their exposure through government support.”

Without such funding, the BVCA is alarmed that “hundreds” of companies could be in severe danger. The association would like to see the government acting as an investment cornerstone, as part of a fund-of-funds (for example), as a means of attracting private investors into the sector.

Quite apart from the objective of securing jobs and maintaining activity in the sector, the BVCA argues that such investment would be of “longer-term benefit to society”, in contrast to the short-term outlook of the banking sector. “There is a danger that some very important new technology will be neglected without further funding,” says the BVCA.

In the absence of government support, some in the industry would like to see a successor to 3i emerge. “I think the fundamentals are right for the next 3i,” says Ken Olisa, founder of Restoration Partners. “If you look at how Google has just announced a US$100m investment into venture capital, it’s because in September last year people said that there would be no more VC activity for the foreseeable future, so Google popped up and said ‘We’ll do it’.”

Olisa argues that banks should consider the upside of VC investment, whereby a few successful deals will earn them more than they could expect through simple lending arrangements.

“There is a surplus of entrepreneurs at the moment, so it would make sense for the banks to act.” Olisa is confident that government funding for green technology will combine with recent moves towards ubiquitous computing, to allow certain VC-backed tech companies to prosper. “It’s a great time to come into ICT,” he believes.

Behind the exuberance, there is certainly an apprehension over the prospects for the whole VC industry should the recession become yet deeper and more prolonged than current estimates suggest, and should the UK Government fail to offer any financial support.

“If there is no government funding, it will leave many venture funds only just able to sustain their portfolios,” says NESTA’s Kestenbaum. He advocates using the current conditions as an opportunity for the UK to rethink its economic direction, just as Finland used the crisis in its economy in the early 1990s to move towards technology. “Countries that invest in growth sectors at the point of recession come out stronger and better equipped,” he says.

Besides direct financial support, Kestenbaum would also like to see more incentives and tax options employed. “The situation is quite dangerous now,” he believes. “We really need a blockbuster public fund with a critical mass and fire power, to lure private finance and to take on risk. The question is, whether the Government is just going to use public finance to recapitalise the banks and traditional industries [such as the automotive industry] for which demand has fallen, or whether the next generation of growth sectors can reshape the economy in terms of employment. This is a huge opportunity.”

“This is an extremely good contra-cyclical time to invest in companies that have proved their business case and will emerge strongly,” adds Robert Rickman at Rockley Group. Rickman has kept a close eye on governmental priorities for some time – one of the companies Rockley invests in, Green Biologistics, works with the Carbon Trust, using the fermentation process to create an alternative to oil.

Noting the migration of the large-scale VC investors such as 3i to later stage companies, Rickman argues this has created an unintended problem for them. “They no longer have access to the best deals coming from early stage companies.” To bridge the gap, Rockley has formed a ‘follow-on fund’, with management teams appropriate for larger scale investment. “We’re talking to funds-of-funds,” says Rickman.

Nothing is happening in a hurry, meanwhile, in any part of the tech VC world, but if funding does not appear within the next six months to a year, from whatever source, then we are sure to see action of a most unwelcome sort, as tech start-ups begin to disappear.