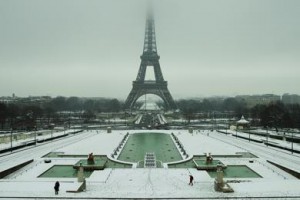 One of the most active markets in Europe over the last few years, France seemingly didn’t disappoint in 2008. “We have seen the same slowdown as other markets, but the market in 2008 in France was relatively dynamic,” says Bruno Deschamps, managing partner at 3i. “We saw some larger deals, north of €2bn and a surprising number of mid-market deals at around the €300m mark.”

Indeed, Q4 of 2008 saw the completion of deals such as Barclays Private Equity’s €2bn sale of Converteam to LBO France as well as the sale by LBO France of Cegelec to Qatari Diar. Both of these were signed as the financial crisis unfolded with the collapse of Lehman Brothers and bailout of AIG. And the Cegelec deal even managed a pretty healthy one-third equity, two-thirds debt structure.

In the mid-market, 2008 also witnessed a number of significant deals. In July, CDC Capital Investissement announced the acquisition of building inspection business Socotec for €400m. Earlier in the year, IK Investment Partners was able to complete a €250m transaction with the acquisition of Groupe Etanco, a building fastener and fixing specialist. And there continue to be deals either in the market or being signed. Pragma Capital acquired financial consultant Leyton Group in February for €130m – a value that is said to be roughly 10x EBITDA. And 21 Centrale Partners is believed to be frontrunner for the security division of paper manufacturer Arjowiggins.

There are a number of reasons for this continued activity. One is that France is structurally more able to cope with this kind of downturn than some other economies.

“The French market has been extraordinarily active over the last three to five years,” explains Deschamps. “We saw a flurry of deals of all sizes. One factor that works to our advantage is that French companies have a good, strong technological background rather than being focused on areas such as marketing. That makes a good foundation for buyout deals. Over the last few months we’ve been seeing the tail of the trend of high activity.”

French consumers are also more resistant to the kinds of shocks witnessed in recent months. Household consumption actually rose in Q4 of 2008, up 0.5% on the previous three months, according to research by INSEE and BNP Paribas.

Consumers are still spending, albeit on smaller ticket items. “Consumer markets represent 60% of GNP in France and these have proven to be quite resilient, primarily for structural reasons,” says Charles Diehl, partner at Activa Capital. “The biggest threat here is a big rise in unemployment, yet the average redundancy package is half of the previous two years’ salary and so while job losses are affecting family budgets like everywhere else, they are not as devastating to the economy as in some other countries.”

He adds: “Consumers have fewer structural problems than those in the US and the UK. They have lower mortgages and they tend not to have credit cards. There is not so much consumer credit and people tend to have higher savings rates.”

“The crisis is less severe in France than in other countries,” says Gwénaël de Sagazan, partner at Close Brothers in Paris. “Our social system amortises shocks – even those without jobs still have some money to spend. I spoke to several entrepreneurs recently who said that their sales figures in France were better than anywhere else in the world. When everyone else is growing strongly, France sees moderate expansion, but the reverse is true – we tend to suffer less from economic slowdowns.”

This resilience is being shown in some firms’ portfolio companies. Diehl says that the consumer businesses that Activa has invested in are doing reasonably well. “We have six companies in the consumer-related area and the current sales figures for these are good,” he says. “One is growing at 20%, another at 10%. The worst is coming in at 6%. French consumer spend is not falling off a cliff.”

The country’s banks are also in better shape than those in some other countries, largely because they remained conservative in their lending practices, even in the boom years of 2005 and 2006. They have little exposure to the toxic assets poisoning many banks around the world and they have the cushion of relatively high savings ratios.

There have been some casualties. The merger of Caisse d’Epargne and Banque Populaire, which jointly own the troubled investment bank Natixis, is a sign that French banks are facing some issues – the French Government will inject €5bn into the merged entity for a 20% stake. Dexia, the French, Belgian and Luxembourg banks, has also had to be bailed out. And the French Government has had to announce a bail-out package, but at €10bn it is small beer compared to those in the UK and Germany.

The French market even topped the European Venture Capital and Private Equity Association’s league of best places to do private equity and VC deals last year, knocking the UK off the lead position for the first time ever.

Yet despite these positive indicators, France is far from immune to what’s happening in the rest of the world. There is still plenty of bad news to come on both the general economic and portfolio company fronts. The French Government recently had to revise its GDP figures sharply downwards from growth to a decline of 1.5% as industrial output figures showed their worst performance since records began.

For all the confidence of some market participants, the figures for buyouts are telling. Activity levels are way down on previous years – last year saw 117 buyouts valued at just over €9bn, according to CMBOR figures, compared to 204 deals worth nearly €25bn in 2007 and 205 deals worth a staggering €34.8bn in 2006.

This year is set to be tougher. “We worked on the Converteam and Cegelec deals,” says Pierre-Arnaud de Lacharrière, managing director at Hawkpoint Paris. “These were very challenging, but we succeeded in completing. Now, it would be impossible to do deals of that size.”

The main reason, as with the world over, is bank financing. While French banks may not have been as affected as those in other countries, they are still being highly cautious. “You can do smaller transactions of between €50m and €150m, but even these are hard work. The maximum debt you can arrange is €100m and to get that you have to work with five to ten banks and no-one will underwrite the debt, so you have to negotiate with each individual lender.”

Exits are also troublesome, to say the least. A number of firms have had to pull sales processes amid the financial and economic meltdown. Astorg Partners took Geoservices off the market last year and AXA Private Equity was forced to abandon the sale of Spotless Group. “We considered a sale of Spotless last autumn,” explains Dominique Gaillard, managing director of direct funds at Axa. “But the markets were in turmoil and we weren’t confident that financial buyers could offer the security of completion.”

And existing portfolio companies, particularly those done at the height of the market, are starting to suffer. Some estimates put as many as 75% of private equity portfolio companies in breach of their financial covenants. “One of the LBOs we completed in October was asking for a covenant waiver by November,” says one adviser.

Restructurings are busily being negotiated behind the scenes and many expect a rash of such deals to be brokered over the coming year. “We think there will be a lot more distressed companies in private equity portfolios,” says de Sagazan. “Current trading isn’t good – the first few months of 2009 are showing problems and we’re already seeing a month-by-month increase in discrepancies in budgets. And there are already quite a few deals under negotiation.”

Not all talks are ending in success, however. “We have been engaged to work on quite a few restructurings,” says Olivier Genevois, M&A and private equity partner at Salans. “We also know that there are some large LBOs that were closed in 2006 and 2007 that are now in receivership – these just haven’t hit the headlines yet.”

But bad news has already filtered out of some portfolios. PAI Partners-backed house builder Kaufman & Broad announced a headcount reduction and fall in profits last year and has since renegotiated its debt package with the advice of Rothschild. Wendel Investissement has reportedly attempted to sell the paint division of Materis following its downgrade to junk status.

Of course, the distress of some of these companies is leading many in the market to look at troubled assets. Towerbrook Capital recently acquired a 62.5% stake in heavily indebted car parts distributor Autodistribution. The deal was brokered as lenders took a debt for equity swap, reducing the company’s debt from €600m to €140m, Towerbrook put in €88m for its stake and existing investor Investcorp added a further €22m and reduced its stake to 16%.

Yet Autodistribution aside, there has been little or no activity as negotiations continue in the background. “We would be interested in looking at these types of deals, as they correspond to our strategic focus, which is to look for complex transactional situations, where we can bring something else than money to the table,” says Thierry Timsit, managing partner at Astorg.

“This could well apply to faltering LBOs, but most of these situations are still being harshly negotiated between the owners and the banks, without recourse to a third party at the moment. We think we will see some opportunities later in 2009, but will pay extreme attention to always negotiate a friendly deal with the incumbent owner.”

Axa is also looking at this part of the market. “We will see more difficult deals on the market,” says Gaillard. “There are quite a few situations where the company is sound, but is too highly leveraged. In these, we could act as a white knight. We are in discussions on some of these, but no deals have yet been announced.”

One of the factors helping along the negotiations has been a change in law, enacted in 2005. A kind of French Chapter 11, the move was intended to help prevent companies sliding into bankruptcy unnecessarily. This should help private equity firms stabilise portfolio companies, but it should also create new opportunities for potential new investors.

“The new regulations surrounding bankruptcy proceedings will create a lot of opportunities, particularly for those specialising in distressed situations,” says Genevois. “There haven’t historically been many players here because of the previous laws governing creditors. Now that has changed, we will see more distressed players coming here.”

Another draw for distressed specialists will be a reform of the FCPR rules. With the creation of a new fund structure, the FCPR contractuel, many of the old investment restrictions have been removed. “The flexibility of the FCPR contractuel means that we will see more new funds specialising in distressed situations because it means that they are able to purchase assets rather than shares,” says Genevois.

So, despite many of the positive indicators in the French economy, it looks as though distressed opportunities – when they emerge on the market – will be the mainstay of many French private equity houses, much like the rest of Europe. The French market may not be as moribund as others, but as months go by, it is becoming apparent that it is far from being in rude health.