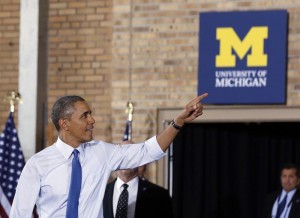 Three Form Ds filed with the SEC in December indicate Athyrium has raised about $460 million for Fund II. The firm closed its first opportunities fund on $507 million in 2013.

Emergence Capital Partners will invest Fund IV in earlier stage companies than it has with previous funds, focusing on Series A and B fundraising rounds rather than late-stage companies, according to Buyouts sister publication VCJ.

Although it will invest in earlier stage deals, Emergence will invest more in each deal – between $5 million and $10 million – compared to $4 million to $7 million with previous funds, VCJ reported in February.

The University of Michigan had a 12.1 percent allocation to private equity as of Feb. 28, according to endowment documents. The portfolio was valued at $1.2 billion as of the same date.