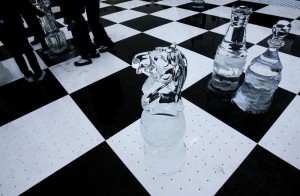 Launched in 2006 as a hedge fund to invest in asset-backed securities, Medley Opportunity Fund ended up controlling operating companies and real estate in the wake of the financial crisis after borrowers in the fund defaulted. Additional details about the components of the fund were unavailable.

Typically, the assets in a fund would be sold, but Crestline-Kirchner instead won a competitive process to manage them. The deal amounted to a voluntary transition of management at the request of the board and fund investors.

“It is groundbreaking in the fact that there was a transfer of investment management role in a hedge fund structure and we have not seen many of these,” said David Philipp, managing director of Crestline-Kirchner Private Equity Group. “We were able to effect a transition (so that the) assets would not be immediately liquidated, but cultivated and monetized opportunistically over the next few years.”

The selection of Crestline-Kirchner was approved by Michael Pearson, co-founder of advisory service firm Fund Fiduciary Partners and a director of Medley Opportunity Fund.

Pearson said his Cayman Islands firm, which focuses on resolving distressed situations, was brought in by investors in the Medley fund in 2013. LPs in the Medley funds include secondary market investors, funds-of-funds, pension funds and other institutional investors.

Pearson declined to name any investors. At least one investor is MB Global Partners, a special situations firm launched in 2010 by former Siguler Guff & Co managing director Maria Boyazny. It said in a statement that it purchased a stake in the fund in the secondary market in anticipation of Crestline-Kirchner taking over management.

“In most situations … investors are bought out at a heavy discount,” Pearson said. “Existing investors were adamant they didn’t want to crystallize any big discounts. They wanted to remain investors and see this through.”

Unlike most managers that step in, Crestline-Kirchner didn’t buy out investors at a reduced price and instead agreed to manage the assets, Pearson said.

Medley Opportunity Fund was launched by Richard Medley, who died in 2011 and was once the chief political advisor to billionaire investor George Soros.

Medley Management Inc said in a prepared statement that it ended its role as investment manager of MOF I as of Dec. 31. The transition to Crestline-Kirchner will allow the New York firm to concentrate on its core asset management business offering yield solutions to retail and institutional investors, the statement said. As of Sept. 30, Medley reported more than $3.6 billion of investable capital in business development companies, as well as Medley Capital Corp, which is a public BDC, and Sierra Income Corp. The firm did not respond to a request for comment.

The transition of management of Medley Opportunity Fund marks the first publicly disclosed deal for Crestline-Kirchner since its formation in 2013 as a joint venture between Crestline Investors Inc, a hedge fund secondary buyer with $9.6 billion in client assets, and Bud Kirchner, founder of merchant bank Kirchner Group.

Crestline-Kirchner Private Equity Group specializes in manager transitions and special situations including end-of-life funds, fund restructurings and recapitalizations, and orphaned portfolios. Some of those portfolios could be characterized as so-called “zombie funds,” a name used to describe poor-performing funds whose managers have little hope of raising more money.