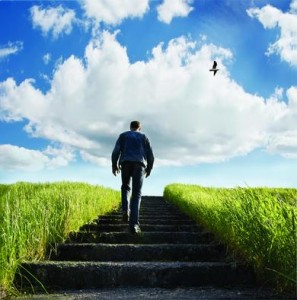 Last spring, the European Commission proposed legislation that would impose new and potentially burdensome regulation on alternative investment fund managers (AIFMs) both in and outside of the EU. In order to become law, the proposal must now pass through the EU’s complex and highly political legislative process.

To effectively voice its concerns with the proposed legislation, it is imperative that industry understands, and concentrates its efforts on, the appropriate points of influence within the European institutions.

How will it impact the industry?

The proposal applies to EU-based fund managers who, directly or indirectly, manage Alternative Investment Funds (AIFs) with cumulative assets of €100m or more (or €500m or more if the funds under management are not leveraged and have a five-year lock-in period for investors).

Under the proposal, fund managers would require authorisation in a member state to manage an AIF. Authorised managers would be subject to capital requirements to hold and retain a minimum level of capital of at least €125,000 plus 0.02% of the amount by which the value of the manager’s portfolio exceeds €250m.

In addition, authorised managers would need to comply with operational requirements relating to the management of AIFs. The proposal would also limit the amount by which leverage employed by AIFs exceeds the value of the fund’s equity capital.

The proposal also contains provisions to increase transparency. These provisions impose obligations regarding the preparation of audited annual accounts, fund information to be disclosed to investors prior to investment, and periodic disclosure to investors of risk and liquidity information. A manager of an AIF would also be required to disclose key information to companies in which its managed AIF holds a controlling interest.

Next steps in the legislative process

The proposal is being considered by the EU institutions under the co-decision procedure. In practice, this means that the European Parliament and the Council (member states) will both discuss and amend the Commission’s proposed text as co-legislators.

Within the Parliament, the Economic and Monetary Affairs Committee (ECON) will take the lead in drafting amendments to the Commission’s Proposal, with assistance from the Legal Affairs Committee (JURI). Jean-Paul Gauzès, French member of the European People’s Party (EPP), has just been appointed to the influential role of rapporteur for ECON (significantly, Gauzès also holds the key position of EPP coordinator for ECON). Evelyn Regner, Austrian member of the Progressive Alliance of Socialists and Democrats (PASD), has been appointed rapporteur for opinion in JURI. ECON’s draft report is expected to be voted on ultimately by the full Parliament in June 2010.

Based on the Parliament’s amendments, the Council will then produce a ‘common position’. Technical discussions have already begun between member states at a non-ministerial level, among a working group of experts. This group will circulate a draft position in the coming weeks, for consideration by the EU 27 Finance Ministers before the end of the year.

The first reading is unlikely to be finalised before mid-2010. Given the acute sensitivity of the proposal, it is unlikely that the Council and Parliament will reach agreement after only one reading. Disagreement at this stage would lead to a second reading.

The industry faces an uphill struggle in a difficult and ideologically charged environment, particularly at parliamentary level. Some MEPs view AIFs negatively, as unregulated sources of financial instability.

Moreover, many parliamentarians see the Commission’s response to the financial crisis as inadequate and belated. Given these perspectives, we can expect Parliament to suggest amendments that lead to even tougher regulation for fund managers. It would be imprudent, in the circumstances, to underestimate the Parliament’s influence, and the industry should prepare accordingly.

Another consideration is the geographic distribution of influence. The UK is the main champion of the industry’s concerns, joined by smaller markets like Luxembourg and Sweden. However, UK representatives and their partners will face strong opposition from many Continental European countries, such as France, Germany and Spain, whose economies depend to a much lesser extent on AIF activities.

Unhelpfully for industry, the UK’s influence within Parliament has been diminished following the decision of the UK Conservative Party to leave the Parliament’s largest and most powerful political group (the EPP). British Conservatives now sit in a newly created group that gathers various nationalist parties in an unstable bloc.

Although the press has heralded the appointment of UK Liberal Democrat MEP Sharon Bowles as chair of Parliament’s ECON Committee as a boost to industry’s position, the significance of her appointment should not be overstated. The chair of ECON does not directly influence the drafting of the report. Instead, it is primarily the rapporteurs and their counterparts (‘shadows’) from other political parties, and other key MEPs such as the committee coordinators, who will drive the process within the Parliament.

The onus is now on AIFMs to demonstrate convincingly the contributions they make to European economies and to call out the potential detrimental impact of the proposed legislation. Done right, this will help to rationalise the debate and mitigate the current ideological and emotional context. The industry would also be well served to establish coalitions and agree common strategies in order to maximise its chance to be heard and understood.