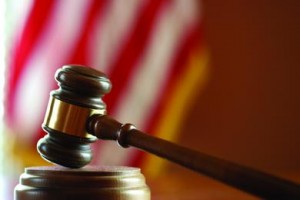 In particular it is believed the department wants to examine a number of auction-based deals, focusing on public-to-privates, stretching back to 2003.

The way some media outlets reacted, one could be forgiven for thinking that this was a significant warning salvo fired into the bows of the private equity industry, but in truth consortia have long been the subject of raised eyebrows. Indeed, when it was reported that a rift had emerged between KKR and Blackstone, some sniffily remarked that this may at last lead to something like competition between the asset classes’ big guns. The notion that certain deals may have lacked that competitive edge has been wafting around for a few years now, manifesting itself either by innuendo (in the media) or outright commentary (between market practitioners themselves).

The implication by the DoJ is that in recent years the largest firms have been colluding to keep prices on deals artificially low; that a consortium of funds will ask another not to bid in exchange for allowing them a piece of the action once the ink is dry on the contracts. Buyouts managers strenuously deny any such practices occur, whereas sellers will claim it happens all the time. Thane Scott, partner in the antitrust practice group at the Boston-based law firm Edwards Angell Palmer & Dodge, says: “No individual fund has the capacity to handle the big deals on an individual basis so buyers will form a consortium together. The argument is that this is good for the seller because they get premium prices and good for the buyer because they don’t have so much exposure.”

Club deals are inevitable in the times of the mega deal. No matter how big a fund is at present it will not want to over-allocate itself to one company, and in some cases nor will it be able to: the €26bn HCA deal would not have been on the cards without funds teaming up. Syndicates give a greater access to capital, allowing larger deals to happen.

Many in the private equity industry regard the DoJ’s move as a reaction to the increased press coverage, particularly the more negative stories, the asset class is getting; the “there’s no smoke without fire” mentality. Scott Megregian, head of EU competition practice at US law firm McDermott Will & Emery in London, says: “There has been a lot of press on the influence of private equity and how much is going into it and how it is taking companies off the public market for cheap, and making money when it sells them back.”

Chris Hale, head of corporate and private equity at Travers Smith, comments along similar lines, placing the enquiry into the broader context of anti-private equity sentiment across the globe: “There is a major suspicion of private equity on the part of authorities. We had the ‘locusts’ comment last year by German politician Franz Müntefering [now Vice-Chancellor], and more recently there was a meeting of revenue collecting authorities in Seoul where, during their deliberations, they expressed concern that private equity was going to reduce income. They implied that private equity was evading taxation rather than limiting its taxation.”

The DoJ’s own deliberations are expected to be a long process, taking anywhere up to three years before they reach a conclusion. Thane Scott, at Edwards Angell Palmer & Dodge, says: “Best case scenario is quick and optimistic. The firms sent the requested documents back in two to three months. It takes the Department of Justice two to three months to search through all of them and then they find that everything is perfect. Worst case scenario is that after they get the documents back after two to three months they will see some questionable things and ask for more detailed documentation and then pursue enforcement action. This would take the form of an industry-wide investigation that could take two to three years.”

If firms are found guilty of colluding they could be punished either civilly – the DoJ would sue guilty funds and decide what deals the firms could do and what deals they can’t for a set length of time, decided by the department – or criminally, but this would only happen if the DoJ found proof of explicit collusion between funds to keep prices down.

Megregian is unimpressed by it all: “Unless it is proven the senior guys of these firms have all sat down and have carved deals up between them, then I don’t see it going very far. These deals are about gaining access to capital and don’t involve unique assets. Also, competition laws are not there to protect shareholders but to protect consumers, so this isn’t really the Department of Justice’s area, which is why people are taking it with a pinch of salt – along with the fact that it is being conducted out of a field office in New York.”

Private equity hasn’t yet reacted to the news in any collective sense, and this, argues Hales, is part of the problem: “In a way the suspicion that surrounds the industry that the DoJ enquiry has been born out of is partly private equity’s own fault. By not taking the front foot on promoting itself it has allowed this suspicion to accumulate. Private equity needs to become a bit less private and be more open. The bigger it grows and the bigger the deals, the more scrutiny it will come under. Private equity needs to tell people what it’s about.”

To this end Carlyle’s David Rubenstein expressed a desire at the Association of Corporate Growth event in Boston this summer to form a trade group for the buyouts industry. KKR, Blackstone and Texas Pacific have apparently signed up to a meeting to thrash out a few ideas, and no doubt this manoeuvre by the US Government will add fuel to the fire. Whether such a body would be purely national or international is unclear, but having an international reach is surely on the agenda, which poses interesting questions as to how it would engage with the EVCA, especially if mid-market firms are going to be included as well.

The reaction on this side of the Atlantic has been one of indifference so far. Considering it is still so early on in the proceedings, most firms are simply watching to see what the outcome is, but few seem concerned by it. For one, club deals aren’t as common in Europe as they are in the US, so even if the DoJ does find evidence of anti-competitive practices it is unlikely any European regulatory authority would follow suit.

However, there is a concern in the UK that the FSA is making a noise about regulating the private equity industry but no-one knows how that is going to go beyond the legislation that is already in place.

Megregian believes it is unlikely the DoJ’s decision will affect European business in any meaningful sense. The reason for such scepticism, aside from the fact that such things presumably don’t happen, is the DoJ itself. The DoJ tends to try and influence people through speeches rather than regulation and may well do so in this case, stating a practice which it wants to see over others, even if it doesn’t enforce it. Megregian says: “It will probably take a couple of years for the final pronouncements to be made and it’s probably not something that is going to be a massive priority for them. It will be a good year before anything emerges from the DoJ.”

It is difficult to see anything of any real concern coming from the DoJ’s probe, unless the investigation discovers a smoking gun – evidence of a meeting or meetings of the head honchos of the top firms to slice up the pie. If this were to happen, Megregian says that Europe might then “see some of it ripple over here”, but the chance is remote.

In the days of the mega fund, buyout firms are drawn to the public markets to fish for investment and it’s a necessity – because of the size of the deals – that they are going to form syndicates with one another. Providing the public markets are in fact efficient, then shareholders benefit from private equity firms clubbing together and buying listed companies, and it also shouldn’t be forgotten that many investors in private equity funds are pension funds, so PE making money is ultimately going to benefit the average pension owner.