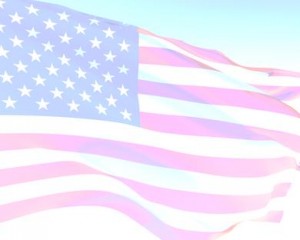 With all three of the major US presidential candidates in favour of a cap-and-trade system of carbon emissions mitigation and as nine bills wind their way through the US Congress, it’s likely that the United States will be looking at new market opportunities within the next two years.

That means a new opportunity for start-ups, too.

Economists typically favour cap-and-trade over emissions taxing or mandated minimums for specific industries. The thinking is that companies and industries that can easily reduce emissions will do so and sell their emissions allocations to other businesses that would have a much tougher time cutting down on carbon or other emissions. When it works, it puts the least possible burden on the economy.

But putting all the pieces in place to make cap-and-trade work requires a lot of work and foresight. The first phase of the 2005 EU Emission Trading Scheme, for example, met with criticism for over-allocating pollution permits, which has resulted in a drop in prices. Low prices mean there is little incentive for companies to innovate or install carbon-reducing technologies.

If US companies feel a pocketbook pinch, start-ups and financiers may have a shot at supplying an enormous US carbon market with innovations to monitor and reduce carbon emissions.

What these provisions will look like is, of course, still a matter of speculation. Each of the nine bills introduced so far treats emissions differently. Some focus on reducing emissions by electric energy producers, or companies that import petroleum. Some of the bills allow for carbon offsets. Others focus on carbon reduction only. There are even plans to create a government-run fund to promote carbon sequestration and emissions reduction technologies.

But there are other schools of thought that merit mention when it comes to the question of carbon emissions. Various groups in the US have supported a carbon emissions tax, for example. The plan was backed by would-be Democratic presidential candidate Chris Dodd last year. Dodd predicted the tax, which he said would be levied on corporations, might garner US$50bn in annual revenue and could reduce carbon emissions by 80% by the year 2050. The revenue, under Dodd’s plan, would be applied toward developing new carbon-reducing technologies.

Economists are generally less enthused about such taxes, however. A carbon tax, when it translates into higher prices for gasoline and electricity, could adversely affect the poor. The poor would have to pay a greater portion of their income than the rich to these basic taxes.

Still, there is some precedent for such policies. Sweden, Finland, the Netherlands, Norway and Italy each enacted taxes on carbon during the 1990s. The United Kingdom tried a blanket “pollution tax” on gasoline that started in 1993 and escalated until 1999, when the populace protested against the excessive taxes, which accounted for 75% of the cost of gasoline.

In the US, Bill Clinton briefly entertained a BTU tax, which would have had many of the same provisions as a carbon tax. Then Vice President Al Gore supported the idea of a carbon tax in his 1992 book “Earth in the Balance,” but both the BTU plan and the carbon tax were judged to be too detrimental to the economy to be politically feasible at the time.

But the tide may have turned on the idea in the past 15 years. Republicans have taken a greater interest in the policy of late. Former Bush economic advisor Greg Mankiw advocated an increase in the gasoline tax as a proxy for carbon emissions in 2006, for example.

Another policy that’s gaining some traction in Washington circles is a variant of the pure cap-and-trade scheme that would give money back to consumers. Called “cap-and-dividend,” the plan would auction off pollution permits to industrial concerns and split the dividends from the sale equally across US households. Taxpayers would get a cheque in the mail each year after every permit auction.

Backers of the cap-and-dividend plan say that it avoids the regressive wealth distributions of a carbon tax on gasoline. They favour it over cap-and-trade plans now in Congress, which typically use the money from auctions to invest in carbon-reducing technologies. Consumers, they say, should be compensated for the higher prices they will have to endure as a product of the regulation.

Whatever policy eventually governs carbon emissions in the US, it will both upset incumbent industrial concerns and clear the way for start-ups. There will be opportunities for start-ups working toward policy enforcement, carbon sequestration and alternative energy production. But for all the political momentum behind various policies, actually passing policy into law will take time.