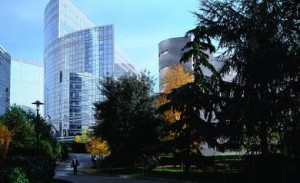 Michael Klein, president of Littlejohn & Co, said: “We are extremely pleased with the results of the strategic and operating initiatives that were implemented since we established Eliokem as an independent company. Eliokem is performing very well and Jacques Collonge [president and CEO] and his team have worked successfully with us to build this business globally, growing both revenue and earnings over the past five years, and to unlock its true value despite persistent negative raw material cost and currency movements. We believe that Eliokem will successfully leverage its global customer and employee base as it pursues its next phase of growth.”

AXA Private Equity investment manager Thibault Basquin and director Bruno Ladrière said: “We are very happy to have completed this acquisition as Eliokem’s products enjoy leading market positions and set the performance standards in several niche markets with high growth potential. This is made possible thanks to the sound experience of its teams, the well-known brands of the company, its R&D state-of-the-art competencies, and the excellent customer relationships developed through its distribution networks and suppliers. Following its successful carve-out from Goodyear, our ambition is that Eliokem become a strong development platform, mainly through external growth projects with a view to reinforcing its position in several market segments and geographic zones such as Asia, the USA, and Eastern Europe”

Based in Villejust near Paris, France, the business employs more than 460 people around the world and owns three production facilities located at Le Havre, France, Akron Ohio, US, and Ningbo, China, along with six offices in Europe, Asia and the Americas.