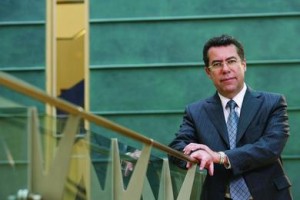 Transatlanctic biotech specialist Abingworth wins EVCJ’s 2006 award for VC House of the Year – Life Sciences following another successful year of investments, exits, hires and fund raising. Founded in 1973, Abingworth invests across all stages of development, with funds under management of over €580m.

It has offices in London, Cambridge (UK), Menlo Park (California) and Boston. Abingworth’s current fund, ABV IV, raised €270m in August 2003, and it is actively investing. It also began raising money for ABV V at the end of last year, with commitments from Finama Private Equity and the Pennsylvania State Employees’ Retirement System already achieved.

Last year saw firm make six exits in a difficult environment for European venture capital. It was a year where there was much promise but which proved to be ultimately disappointing (see VC article on p26), but this did not prevent Abingworth from achieving more exits in biotech and life sciences than probably any other venture firm in Europe.

Despite the volatility of the public markets in 2006, Abingworth’s first exit of the year came via the flotation on AIM of XCounter, a Swedish firm at the forefront of digital X-raying. The technology, XCT, enables 3D images at low levels of radiation dose to the patient with high image quality and at a competitive production cost. The business listed on London’s alternative market on 155 pence per share, raising just over €23m with a market capitalization of €84m. Since the IPO, company shares have performed well, currently hovering around the 220 pence mark.

Abingworth’s second exit came in April through the sale of BioImage, a Danish drug discovery company. BioImage was spun out of Novo Nordisk A/S in 1999 with

venture funds advised by Apax Partners, which led the second round of financing in 2002 Abingworth. The business was sold to Fisher Biosciences, a unit of Fisher Scientific International, and a manufacturer and supplier of a wide range of products and services across the general chemistry and life sciences arenas.

May saw the listing of Micromet, a Munich-based antibody drug developer, on NASDAQ via a reverse takeover of CancerVax Corporation, a California based biotech company. Micromet was founded in 1993 with Abingworth investing in 2000.

October saw one of the venture deals of the year when PowederMed, an Oxford University spinout specialising in the emerging science of DNA-based vaccines, was sold to Pfizer. The offer from Pfizer valued PowderMed at around €260m. The company has developed a unique and proprietary technology which could potentially revolutionise the prevention and treatment of infectious diseases by delivering DNA directly to the cells of the body’s immune system. The company is also advancing a promising pipeline of proprietary vaccine candidates for influenza and chronic diseases.

Solexa, a UK genomics specialist, was acquired by Illumina in November in an US$600m all share transaction. It was a second exit for Abingworth following Solexa’s reverse merger with Lynx Therapeutics in 2005 which saw it list on NASDAQ and which involved Abingworth retaining an equity stake. Abingworth provided seed investing in 1998.

The final European exit of 2006 came in December when Inpharmatica, a UK drug discovery company, was acquired by Galapagos in a €12.5m all share transaction. A manager and user of gene, protein and drug compound related data generated in drug discovery, it was founded in 1998, with Abingworth part of a €20m funding round in 2001.

The firm continued to shows its support for the biotech sector in Europe by backing four businesses over the course of the year: an undisclosed amount for Synosis Therapeutics, a UK drug developer for central nervous system disorders; part of a €40m round for Ablynx, a Belgian company using nanobodies to treat human diseases; participating in a €38m round for Healthcare Brands International, a UK business created to help to turn innovative medical product technology into successful consumer brands; and Intelligent Medical Implants, a Swiss neuro-stimulation company, which raised €15m in a Series B round led by Abingworth and Global Life Science Ventures.

All the above evidence demonstrates the successful year Abingworth experienced in 2006, highlighting its truly pan-European investment strategy. As well as producing a series of successful exits as well as backing innovative biotech companies, the firm also strengthened its team with three appointments. It hired Andy Sandham, formerly CEO and Co-founder of Ionix Pharmaceuticals, as venture partner, before adding David Kirkpatrick, formerly a derivatives analyst at Waterstock Asset Management, as principal analyst, and John Heard, formerly European legal counsel at Intel, as general counsel.