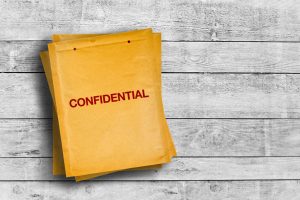 Venture firms usually display portfolio companies on their websites or issue news releases announcing new investments, but they are more taciturn when it comes to disclosing their fund investors.

Entrepreneurs wondering who backs the funds investing in their companies often receive vague or no answers. Some partners are mulling ways to bring greater transparency to their relationships with their LPs without violating confidentiality agreements, an idea that’s simple in theory but more complicated in execution.

“We as an industry in general, and my firm in particular, talk a very big transparency game,” said Andy Weissman, a partner at Union Square Ventures. But entrepreneurs have very little insight into who a firm’s LPs are, he said, compared with firms that inquire about companies’ other investors when making a deal.

“Have we drawn an artificial line that doesn’t make sense?” Weissman asked. “Clearly, some portion of entrepreneurs are desiring even more transparency.”

LPs’ role in venture investing has become more prominent, with the cash pouring into venture funds climbing to dot-com boom heights, co-investment activity rising over the past decade, and sovereign-wealth funds increasing investments into venture.

At the same time, recent media attention has focused on LPs’ responsibility to drive change among GPs. Sexual-harassment scandals over the summer spotlighted how LPs should respond to unethical behavior by fund managers. And some wonder whether LPs should challenge GPs to ensure greater gender parity among portfolio-company founders.

“It’s a nuanced topic, but an important one,” said Venky Ganesan, a managing director at Menlo Ventures. He pointed to a difference among LPs’ in their willingness to be identified. On the one hand, LPs like public pensions are legally required to disclose which funds they invest in, while others, like family offices or private endowments, may go to lengths to protect their privacy and require confidentiality agreements.

“So the question is how to balance privacy and transparency,” Ganesan said.

The question is far from new. Weissman recently tweeted about disclosing LPs, replying to a question posed three years ago by Electric Objects Founder and CEO Jake Levine.

“In an industry that prides itself on transparency, the unquestioned opacity around where the money comes from and where it goes after an exit feels a little disingenuous,” Levine said.

“Entrepreneurs are giving their companies away, presumably to a couple of nice, typically white dudes who sit in offices on Sand Hill Road. But really, they’re giving their money away to a shadowy figure that stands behind the friendly guys who blog all the time,” he said.

Weissman agrees that company founders should care about who a firm’s LPs are, and inquire as part of their own due diligence. But he also pointed out that some venture firms’ LPs include funds-of-funds, which may not reveal their own sets of investors.

But the majority of entrepreneurs don’t have the leverage that comes with multiple term-sheet offers, Levine pointed out, and aren’t in a position to ask for a firm’s LPs. “If they don’t give me an answer, I’m not going to refuse their money,” he said.

And the desire for privacy can go both ways in the relationship between investors and fund managers. Many LPs require anonymity in partnership agreements, while some GPs require their investors not to disclose whom they have invested in, or contact other LPs.

“For us as a fund, we have no issue disclosing our LPs, but our LPs have asked us not to disclose their names,” said Vishal Vasishth, a co-founder and managing director of Obvious Ventures.

Kirsten Morin, a senior investment manager focused on global venture capital at Aberdeen Standard Investments, says the confidentiality requirements are often the other way around. “LPs feel very restricted in disclosing where they invest,” she said.

And even if venture funds did disclose their LPs to entrepreneurs, it should not much affect the relationship between the firm and the company, Vasishth said, considering that LPs are passive investors and have no direct control over the fund’s operations and its relationships with portfolio companies. “Then the question is, what’s the benefit of disclosure?” he said.

Some say the benefit of disclosure would be more intangible than concrete. “In some ways it doesn’t matter from a practical sense,” Ganesan said, since “LPs have no influence and no exposure.

“But it might matter in a psychological sense in whose money is coming into the fund,” he added. Some entrepreneurs are sensitive to Middle Eastern money for various reasons, he said, and some might be sensitive to money from Russia.

And as more sovereign-wealth funds, including Public Investment Fund of Saudi Arabia, invest in venture, entrepreneurs are beginning to care more about knowing whose money they are taking, said Nicholas Chirls, a founder and partner at Notation Capital, which produces a podcast on LPs.

“I’m not saying Founder X should never take money from Saudi Arabia, but they should at least know and make an informed decision,” he said.

And despite the fact that LPs have no operational control, it can be strategically beneficial for GPs to disclose some information about a fund’s LPs to potential entrepreneurs.

Ganesan and other VCs said they have disclosed the identities of certain LPs to entrepreneurs to increase the chances of closing a deal, in instances when the LP might be relevant to the company and has no confidentiality agreement in place.

“We want our entrepreneurs we’re backing to know who’s money we’re managing, especially when it’s relevant from a strategic standpoint,” said Ilya Golubovich, a partner and managing director at I2BF Global Ventures. “It might be relevant for me to disclose to the startup I’m investing in that we have some strategic value we can bring by virtue of who our LPs are.”

An LP could end up as a company’s customer or have a philanthropic mission that appeals to entrepreneurs, Morin pointed out, both reasons for a venture firm to disclose an investor to a potential company. But LPs generally don’t see a need to be public about their investments if it doesn’t serve a particular purpose, she said, although “we’re always happy to engage when called upon.”

Some venture firms like Brooklyn Bridge Ventures, led by Charlie O’Donnell, frequently co-invest with their LPs, and O’Donnell says he makes a point to seek LPs who are women or minorities.

“I like it when a company sees my investors and sees that it’s not just a room full of old white dudes,” he said. He takes pride in his LPs, he said, many of whom are high-net-worth individuals who have sometimes offered to help secure deals for his portfolio companies.

Weissman is still in the early stages of settling on a solution, but one idea he’s considered is disclosing the geographies and categories of funds’ limited partners, publishing which percentage of the money comes from pensions, endowments, funds of funds, family offices, or individuals, without revealing their identities.

“I’m in favor of being more transparent, and I haven’t figured out the medium,” he said. “But for entrepreneurs the LPs are completely opaque. And that opacity feels like a bug, not a feature, and we need to figure out how to fix it.”

Levine says he doesn’t expect full transparency overnight, and “there’s no perfect solution to solving the problem of bad money going to fund good people,” he said. “But is more transparency better? Absolutely.”

Weissman plans to mull the idea further and is considering a blog post with a pie-chart breakdown of his firm’s LPs, he said. But some VCs are already warming to the idea.

“I think that’s probably a good compromise and a fair one,” Ganesan said. “That’s a good way of balancing some amount of transparency with privacy.”

After hearing about Weissman’s idea, O’Donnell put it to action. He sent VCJ four pie charts, breaking down his fund LPs by location, type, diversity, and gender.

Notation Capital is going a step further. The firm plans to list all its LPs, except those who specifically request not to be disclosed, on its website in the new year, Chirls said.