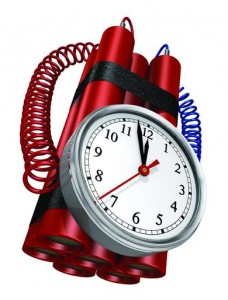 There has been a drastic reduction in the number of venture capital investors active in the German market in the past year, according to some major industry players, with further losses still to come.

“The number is diminishing rapidly,” says Bart Marcus, partner at Wellington Partners, one of the largest VC investors in the country. “I think there will soon be only around 20 to 30 in Europe that can deploy significant capital. A year ago there were hundreds.”

The causes are easy to detect, according to Marcus. “It’s hard to raise funds because of the current climate and because the overall venture industry has not been good at returning capital to investors. Few have managed to deliver positive results.”

In Germany, limited partners have been more reluctant than others elsewhere in Europe to put money into the VC asset class, says Marcus. “This was already true, but the current crisis has aggravated the problem. Since 2005, there has been only a very small amount of money raised inside Germany for VC investment; only 10% of the total.”

As a result, Wellington has spread its investment net right across Europe, in order to seek out the best deals. “But to be positive about Germany, there are some sectors that work well. If you look at cleantech, it’s been very much a German game.” Q-cells for example, which manufactures solar energy systems, was venture-backed and now has annual revenues of more than €1.25bn. Equally, Ersol Solar Energy was recently sold to Robert Bosch for more than €1bn.

“There are still great companies being created, but exit opportunities are totally gone,” says Marcus. “There really isn’t much hope for exits at the moment.”

Nevertheless Wellington Partners has invested well over a billion dollars in the country, much of it in early stage technology companies, including internet and semiconductor start-ups.

Germany also has a strong track record in digital media companies: Jamba!, for example, came up with the Crazy Frog ringtone and launched hip-hop album ‘Who is Mike Smith’. The company is known as Jamster in the US and is partly owned by Rupert Murdoch’s News International.

While its colleagues in private equity are bemoaning the onerous new regulations that may descend on their shoulders from Europe, German venture capital companies have the opposite problem. A tax law passed by Germany to encourage venture capital is being investigated by the European Commission, which suspects that it breaches the EC treaty on the freedom of establishment.

The new law, known as Gesetz zur Modernisierung der Rahmenbedingungen für Kapitalbeteiligungen (Equity Framework Modernisation Act), was drawn up by the Social Democrats and Christian Democrats with a view to attracting more private equity investment. Before this Act appeared, no tax breaks for such investors existed and the treatment of capital gains was unfavourable, compared with other European countries.

Sadly, this new law has not even satisfied those whom it was intended to benefit. “The law is not sufficient for our industry but the Government passed it anyway,” commented Dörte Höppner at the BVK. “We are still pushing for a comprehensive private equity law and hopefully after the elections in September we will get it.”

Venture capitalists have at least benefited from a government fund to promote seed investment, with a €250m state contribution. “It helps to fill the gap between research and start-up,” says Mart Marcus at Wellington Partners. “It helped to sustain venture capital when angel investors fell away after the bubble burst.” He believes the Government should put further resources into European venture capital investment funds such as the European Investment Fund (www.eif.org).

Those who survive the latest cull may find themselves with a far brighter future.