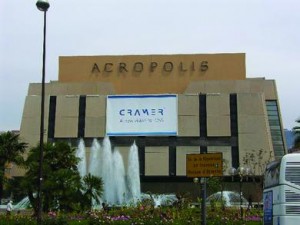 The sale of Cramer, the UK software business for the telecommunications market, is the winner of the EVCJ Venture Realisation of the Year – Technology for 2006, following its €312m acquisition by Amdocs, a US provider of customer management software and solutions.

A UK based provider of operations support systems (OSS) solutions for the telecoms industry, Cramer received a total of around €28m of venture capital funding, beginning with seed funding from Kennet – through the firm’s first fund – in September 1999. Kennet re-invested in October 2000, taking its total investment to €4m and owning a 15% stake. California VC, Broadview Capital Partners, which founded Kennet alongside Cognetas, took a 24% stake at this point, helping Cramer with its entry into the US market, and in a funding round in December 2004, HarbourVest invested via its fourth direct investment international fund.

David Carratt, managing director of Kennet Venture Partners and Cramer board member, said: “At the time of Kennet’s first investment in 1999, the founders Jon Craton and Don Gibson clearly had deep knowledge of the way that the operational side of the telecommunications industry works. There was no name for the type of products that Cramer sold other than the telecommunications Operations Support Systems which was a very large, traditional and low growth market. The fact that European telco customers such as Belgacom, Infostrada, Cegetel were interested in purchasing or had purchased at least one system gave us comfort that Jon and Don had made a significant breakthrough in streamlining the way that telcos worked operationally and that Cramer had the software to support this new approach. The new approach allows telcos to design new network services and allocate resources to deliver those services using very few people to support extremely large networks. This is a key problem which telcos need to solve to migrate their networks from the traditional circuit switched networks to the new Internet Protocol based networks. Also, from an investment perspective, Cramer had used small amounts of external capital to build a business very efficiently and we felt that the company would make good progress with the £1m that we first invested. Kennet invested because we saw the opportunity to define a new market for service fulfilment software and for Cramer to be the de facto market leader.”

The high price paid was five times higher than Cramer’s annual revenue at the end of April 2006, around €62m, and there have been some accusations that Amdocs overpaid; companies operating in Cramer’s space generally go for one to two-times their revenue.

Not that Amdocs seems concerned by such worries arguing that Cramer can achieve quarterly revenues of €15m to €20m. Cramer will form a new division within Amdocs, known as Cramer, Amdocs OSS Division, and will focus on helping service providers manage the transformation of their OSS and profit from BSS/ OSS convergence. It is a significant acquisition by Amdocs, which had been looking at the company for around a year before the purchase was made. It instantly made Amdocs a leader in the OSS space, and gives the business the unique capability to provide both OSS and business support systems (BSS). This will help service providers transition from legacy to next generation networks and systems, and rapidly launch new converged services that quickly turn network investment into service revenue.

Kennet made a 14x return from the deal, and is a classic example of the sort of success European venture can produce. When Kennet first got involved with the business, it was producing revenues of less than €2m. At exit, this figure was over €62m, and is one of the largest software deals ever in Europe, particularly impressive considering the relatively low amount of external capital the company required, and much of the money that was raised was not spent and actually remains on the balance sheet. Cramer is a great example of how capital efficiency can generate great returns, and how perseverance with the US market finally paid off. It is now recognized as a leading provider of software products within the OSS domain with customers such as Bell Canada, KPN, TDC, Telefonica and Vodafone.

Carratt said: “Cramer is a very high quality business with excellent people with deep expertise in solving telco’s operational delivery challenges and excellent financial performance. There were several logical buyers who wanted to acquire the business to expand the range of products they could offer to telcos and this created some price tension. Cramer was also relatively large (more than €90m of revenues) and probably at least three times large than its nearest competitor. It would be difficult to assemble a business with critical mass by making a series of smaller acquisitions.”