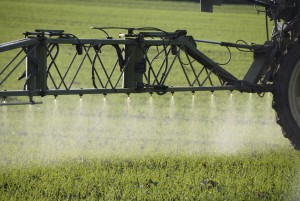 Vertellus Specialities Inc, a chemical company controlled by Chicago-based Wind Point Partners, missed an interest payment in the face of weakness in its agricultural and nutrition business, prompting two fresh downgrades from credit-rating firms as it negotiates with debtholders.

Operating at a debt-to-Ebitda multiple of 9.1x, Vertellus is working to obtain a forbearance agreement from lenders while mulling a corporate-structure reorganization and sale of assets to repay existing debt, Moody’s Investors Service said in an April 13 research note.

While the company’s sponsor, Wind Point Partners, cured a covenant breach for Vertellus in 2015, “covenant stress will persist,” Moody’s analyst Lori Harris said in the note. The company is also limited to two cures over a four-quarter period.

Vertellus faces lower prices for pyridine — used as a building block for herbicides, insecticides and herbicides — along with increased competition, overcapacity and weak markets in its agricultural and nutrition segment.

“It will take some time before demand improves to support prices,” Harris said.

On the plus side, Vertellus benefits from its position as “a diversified business of niche specialty chemistries that support good Ebitda margins” of 11 percent to 14 percent, Moody’s said.

Moody’s cut its corporate rating on Vertellus to Ca from Caa3. Obligations rated Ca are highly speculative and are likely in, or very near, default, with some prospect of recovery of principal and interest, according to Moody’s ratings. Debt with a rating of Caa is judged to be speculative, of poor standing and subject to very high credit risk, according to Moody’s definitions.

Separately, Standard & Poor’s Ratings Services on April 12 cut its rating on Vertellus to D from CCC. The D rating indicates payment default on a financial commitment or breach of an imputed promise, according to S&P definitions.

Wind Point Partners acquired Vertellus in 2007, according to the firm’s website.

Separately, Wind Point in March filed a Form D for Wind Point Partners VIII with a target of $750 million.

Neither Vertellus nor Wind Point returned an email or phone call.